Other Site Characteristics
Interesting coastal marsh environment (characterized by fresh waters), the relic of a vast marshy area at the foot of Mount Etna, currently affected by various
anthropogenic activities, especially urbanization. Geologically in the Gurna area there are clayey deposits referable to the blue marly clays of
Lower-Middle Pleistocene. These are sometimes accompanied by conglomeratic sandy deposits as the last quaternary sedimentation cycle, before it occurs
determined a tectonic uplift with the emergence of the area. From the hydrogeological point of view, the Gurna is fed by groundwater from the slopes
Etna, which emerge in correspondence with the clayey deposits that make up this coastal strip. The waters not being able to flow stagnate e
constitute the swamp, once before the much more extensive reclamation. These are rather cold waters even during the summer, which have a
very weak salt concentration despite being close to the sea. The area is affected by a sub-humid thermo-Mediterranean climate with average annual rainfall
of about 800 mm and average annual temperatures that are around 17 ° C.
4.2Quality and importance
Coastal marsh area with a very specialized hydrophilic and hygrophilous flora, a resting place for migratory birds. It represents one of the few examples of an environment
humid currently observable along the Ionian coast north of Catania. It is still well preserved with numerous examples of submerged vegetation and
amphibious, represented by rather rare associations and of considerable naturalistic interest of which today there are few other examples on the island. It is an environment
palustre relict of a larger marshy area that once extended to the slopes of Etna. The site is not far from the RNO of the Fiumefreddo River, from the
which is however separated from highly anthropized environments that have interrupted some important ecological corridors that should be restored. Currently, in
in relation to the high anthropization of the surrounding territories, to its high degree of isolation and to the extensive reclamation works that have also affected the
territory included within the perimeter of the SPA, the birds hosted are in sharp decline and the site is losing more and more significance for the
conservation of avifauna. It would be urgent to subject this area to strict safeguards and environmental restoration interventions, in order to preserve and
recover, albeit partially, what remains in a state of naturalness and / or semi-naturalness. 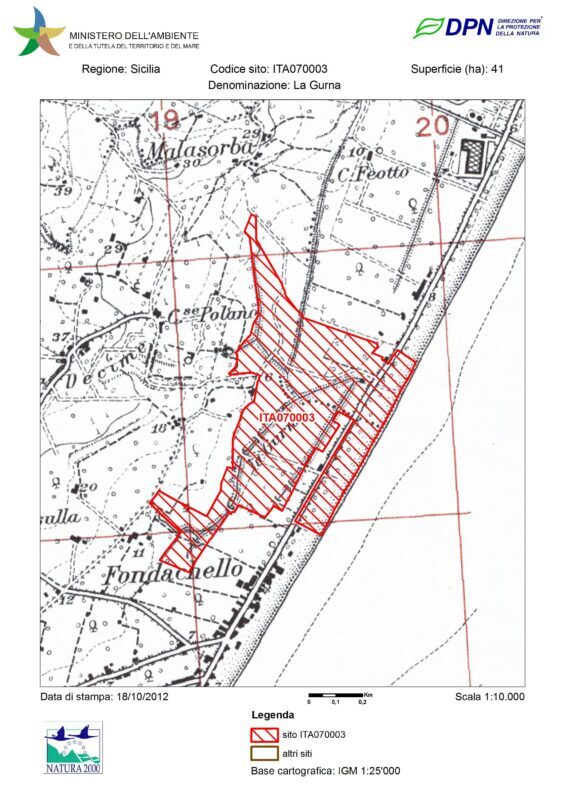 Click to see on Google Maps
Mascali, CT
Rate it (1 to 5)
3.004
Send a notice to the publisher
Deactivate the Youzify Membership System to use the theme's login form here.