Church of Jesus and Mary of the Good Journey (Ringo Church) 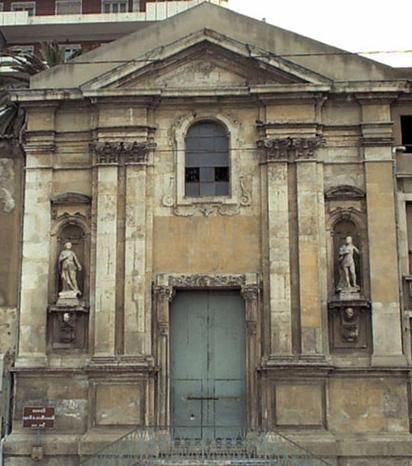 LOCATION Viale della Libertà DATING: XVI-XVIII CENT. DESCRIPTION The church is also called “del Ringo” from the name of the ancient district in which it stands; the toponym Ringo, in fact, derives from the French “haranguer”, to put oneself in line. In ancient times medieval knights lined up in the district and then went to joust in the nearby district of Giostra. The church has a single nave, the facade is highlighted on the sides of the portal by the two statues of Jesus and Mary. The interior is rich in stuccoes and preserves two XNUMXth century canvases. by Giovanni Comandè (Madonna del Buonviaggio and San Antonimo di Padova), a canvas by an anonymous eighteenth century depicting the Madonna del Rosario with San Caterina and San Domenico and, at the main altar, another canvas by an unknown artist of the seventeenth century. Depicting the Triumph of the Cross between Jesus and Mary

FUN FACT: the church is known as the Madonna del Buon Viaggio as it was visited by sailors before leaving for the sea to ask for protection for a good journey. The two statues on the façade carried an oil lamp on the palm of the hand that was lit at night to guide the fishermen