From Palermo reach S. Martino delle Scale, a locality in the foothills about 20 km from the capital, now characterized by an artificial forest of pines mixed with strips of natural holm oak, which are gradually taking the place of conifers. In this environmental context, the Forestry has created an equipped area divided into two sub-areas, one in S. Anna or Giacomino and another in Piazza Reale to allow the public use of the state-owned wooded area. The S. Anna area is located near a forest shelter (former nursery), after Piano del Gelo, the second was built above the Abbey of the Benedictine monks, in the direction of the Montano Village. The equipped areas denominated with the respective toponymic names consist of some basic infrastructures such as wooden benches and tables, some cooking points, which allow a minimum of comfort during the outing in the open air. The proximity of this area to Palermo has made it very popular with both groups of hikers and groups of schoolchildren, and scouts, the latter very numerous in the summer. From the equipped areas it is possible to make excursions to get to know the surrounding area better, for example, towards Castellaccio, Monte Pietroso or the Abbey itself, the latter rich in works of art and certainly the most important Benedictine Convent in Sicily.
Wooded complex "San Martino delle Scale" - municipality of Monreale
<!– 2000
40
-> Presence of architectural barriers
Possibility of picnics thanks to: 6 tables, for a total of 36 seats

Provincial Office of the Palermo Company

To describe the symbols, place the mouse over the symbol itself.

The information on the equipped state-owned areas has as its main source the website of the Regional Forestry Department of Sicily (continuously updated) to which is added a very interesting brochure entitled "The State Equipped Areas in Sicily" of the same department published in 1999 with the Editorial Coordination of the 8th Group - Promotion, Development and Research, editors Agostino Gatto and Valeria Restuccia. Further information was obtained from direct access to the areas and from interviews with experts and operators in the sector.

For official information and updates to the lists, see the pages of the site of the Sicily region - Department of the Regional State Forestry Company 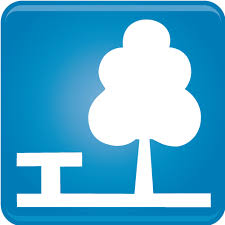 Click to see on Google Maps
152 Via Cardinale Dusmet, Monreale, PA
Rate it (1 to 5)
2.577
Send a notice to the publisher
[contact-form-7 id="18385"]
Deactivate the Youzify Membership System to use the theme's login form here.