History of Sicily
1 Prehistoric Sicily
1.3.1: Neolithic and birth of agriculture in Sicily

During the Paleolithic, man lived mainly by hunting and collecting natural products. When in a certain place there were no more animals to hunt or vegetables to collect, the group took weapons and luggage and moved to new areas to plunder.

The Paleolithics were therefore nomads, always wandering around the world until someone discovered that it was possible to interact with nature in order to obtain some fresh meat and vegetables on site. Thus was born the breeding and agriculture.

The question arises spontaneously: how was agriculture born? Surely the ancients did too, even if they did not have much difficulty in attributing the invention to this or that deity. According to Greek mythology, it was Demeter the "Mother Goddess" deity of the fertile land who invented agriculture. Demeter wandered around the world in search of her daughter Persephone kidnapped by the god of the underworld Pluto, she was welcomed by the inhabitants of Eleusis, for which the goddess, out of gratitude, taught agriculture to one of the inhabitants of the region named Triptolemus with the task of spreading in the world this art.

The Romans adopted the cult of Demeter, however, calling her Ceres, hence the name of the cereals. The cult of Demeter associated with fertility also spread to Sicily, Some scholars of the past advanced the hypothesis that the Sicilian Demeter was actually a queen, wife of Sicano, king of the Sicans and that this queen taught Sicilians to cultivate the land [1].

According to the ancient Egyptians, however, it was Osiris who invented agriculture, who taught the Egyptians the art of sowing and harvesting wheat to put an end to the anthropophagous habits of primitive peoples. 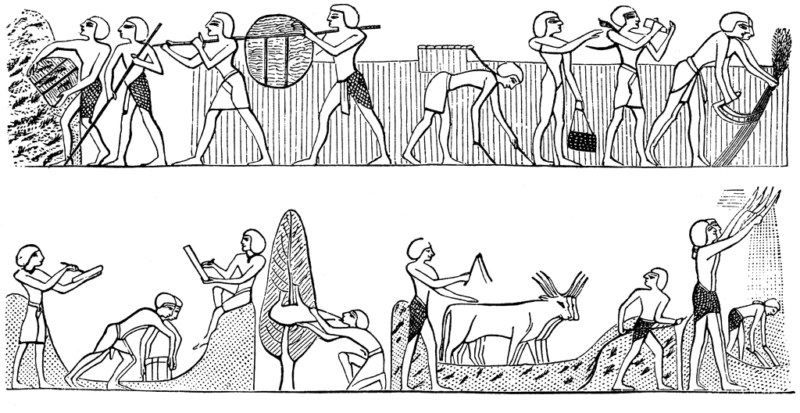 Beyond the mythological key, it is not easy to explain the origin of agriculture. It can only be assumed that the first attempts took place in the Middle East around 10.000 BC. The transition from a collection economy to a production one was not immediate, one can think of a long period of "pre-adaptation" which lasted perhaps millennia. In many areas of the Mediterranean spelled and wheat grew spontaneously, it is probable that in the vicinity of these places groups of nomads settled there in an almost sedentary manner and then somehow discovered the possibility of sowing them directly. same grain.

Neolithization is spoken of as that process that profoundly modifies the culture, economy and society of the men of the Stone Age. The Neolithic period therefore marks a transition from an economy of hunting and gathering to an economy of production and breeding. Obviously this passage takes place with different methods and times according to the places. 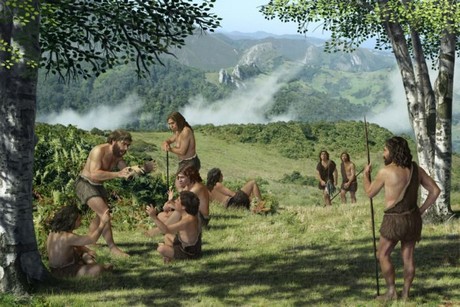 In Asia Minor and in particular in Mesopotamia (the so-called fertile crescent), agriculture and related cultural forms were already reached around 10.000 BC. From the "fertile crescent" the Neolithic period spreads to the West and between the XNUMXth and XNUMXth millennium BC it also established itself in southern Italy and Sicily. 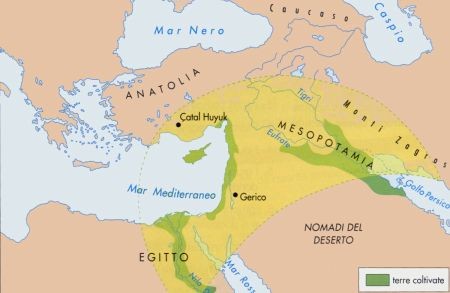 The Neolithic man then discovered bread, but he realized that without meat he knew little, the problem was that hunting made him move away from his fields, at this point even though he did not yet know the parable of Mohammed and the mountain, he understood what to do : taming the steak and cheese factories. Here then begins the stable presence of domestic animals such as oxen, goats, sheep and pigs. All these animals therefore kept the dog company that had already been domesticated much earlier, probably starting from the Upper Paleolithic.

The birth of an agro-pastoral economy gives rise to a series of processes of modification of the surrounding environment. The deforestation of the land for the creation of pastures and arable land marks the beginning of a violent culture of land management which over time will lead to a disruption of the balance of ecosystems with the consequences that we all know.

We begin to see the first tools for agriculture such as the first sickles, the first millstones and the first ceramic containers for the conservation of foodstuffs.

The beginning of a ceramic culture is in fact another aspect of Neolithization.

The material used is still flint even if obsidian, particularly rich in Lipari, begins to spread. Obsidian is a volcanic glass with a hardness greater than flint and a shiny black color, with it it is possible to create small and particularly sharp products, also used to make ornamental objects was among the first products to be interested in an intense commercial exchange between Mediterranean countries.

Agriculture favors the formation of the first numerous and lasting human communities, of the most stable forms of settlement, the first villages and the first businesses are born. Brick and stone architecture began to be used for the construction of buildings [2].

The villages of huts sometimes take on considerable dimensions, a sign of a strong demographic expansion probably favored by a more rational exploitation of the territory. It is hypothesized that in a collection economy to meet the needs of a group of 25 collectors more than 600 square kilometers of forest or prairie were needed, to cover the food needs of the 150 inhabitants of a typical Neolithic village only about twenty would be enough [3 ].

In Sicily the villages, sometimes entrenched, are mainly placed on the hills for defensive purposes. The cave dwelling is not completely abandoned as evidenced by the remains found in the cave of Mount Kronio (MS Calogero) near Sciacca. 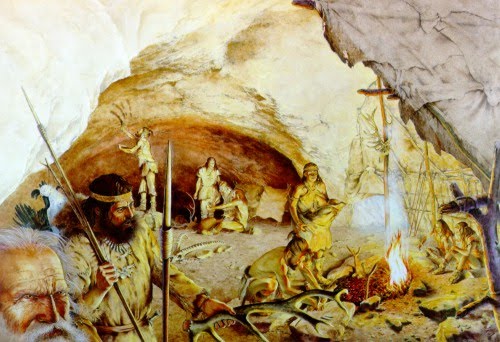 [2] The oldest brick and walled urban settlement is the Middle Eastern city of Jericho in Jordan, which was built in the XNUMXth millennium BC.

Neolithic and Agriculture in Sicily 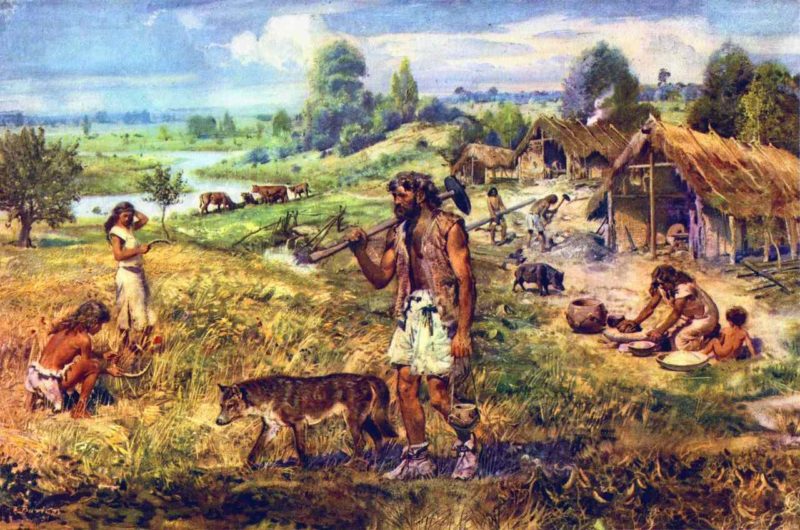