History of Sicily
2 The First Peoples: 2.5 The Morgetes

In central Sicily, traces of a population that would have come from the Italian peninsula as well as that of the Sicilians have been found. According to an ancient tradition also reported by the historian Strabo [1], the population of the Morgeti, initially settled in southern Italy, would have passed to Sicily, driven out by the enotri, together with the Sicilians. they were led by their king named Morgete, arrived in Sicily they founded the city of Morgantina. 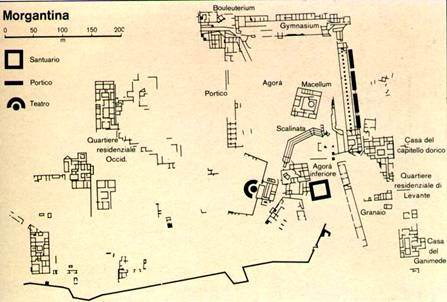 American excavations started in 1955 in Serra Orlando, a town in central Sicily, about 6 km from Aidone in the province of Enna, have brought to light the remains of ancient Morgantina, which was a city of some interest in the Greek period, but whose settlement is to be considered much older, in fact, as the remains of huts and many materials from the Castelluccio period demonstrate, the town must have been inhabited since the Bronze Age. 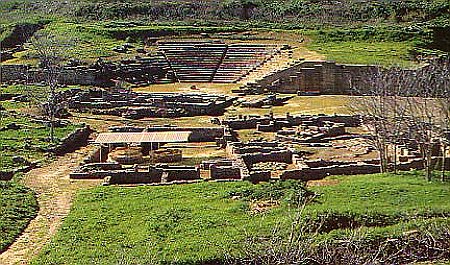 Remains of Apennine pottery have been found which would prove the arrival, in the Bronze Age, of populations from the Italian peninsula, thus confirming the ancient tradition of the Morgeti people.