History of Sicily
3 The Greeks: 3.1.1 Beginning of the Greek colonization in Sicily

When we talk about the arrival of the Greeks in Sicily, the date of 735 BC, the year of the foundation of Naxos by Theocles head of what is considered by many to be the first Greek colony to arrive in Sicily. Yet, as I was able to underline, even before the Phoenicians the Minoan element was present on the island before and after Mycenaean, it is enough to recall the large amount of material of Aegean culture found in Thapsos. Furthermore, archaeological finds in Sicily and the peninsula show that already in the 1th and XNUMXth centuries BC there was a pre-colonial attendance probably attributed to Greek explorers whose goal was perhaps the purchase of indigenous goods, presumably metals [XNUMX]. These frequentations had the meaning of an exploratory tool useful for the knowledge of places and populations, knowledge used later by the settlers.

What were the reasons that initiated the Greek colonization in its most massive form? I do not think that the hypothesis of the opening of commercial routes is enough on its own, as this does not justify a stable and impressive presence like the Greek one. Certainly there was a phase of pre-colonization similar to the Phoenician one in which the reasons were the construction of strongholds to support trade. This phase led to the real colonial movement that took place only starting from the eighth century BC This movement had as its main purpose the search for land to cultivate, in fact the growth of the Greek population of that period made it necessary to import wheat from more fertile regions, such as the shores of the Black Sea [2]. The ideal conditions were soon created for a mass migration phenomenon, albeit in a militarily organized and controlled form from the mother country. The region particularly interested in this phenomenon was the south of Italy and in particular Sicily.

It is possible to identify two main colonizing strands in relation to the ethnic matrix that characterized the new colonies. The north-western part of the island was interested in the Chalcidese phenomenon, in which the Greeks were mainly Ionians from Chalcis in Euboea, (Naxos, Lentini, Messina, Catania), the other stream was mainly made up of Doric people coming from Corinth (Syracuse, Megara Iblea, Camarina, Selinunte). The departure of the settlers took place on the initiative of one or more cities of the motherland. Often the departure was preceded by a trip to Delphus where the oracle of Apollo was consulted, indicating the ecista, that is, the leader who was to lead the colony. This was what the settlers were often led to believe, in reality, choices already decided previously were almost always endorsed, although in many cases, Delphi performed arbitration functions in the presence of disputes. 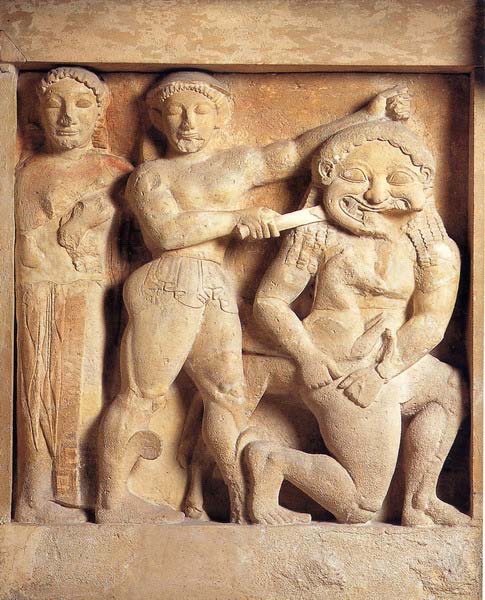 Perseus killing the medusa from a temple in Selinunte

The bonds that bound the new settlers to their cities of origin were very strong, especially in matters of religion. For the great religious feasts the settlers sent delegations to the cities from which the colonies had left, and in case of danger the mother city was always a safe haven for the settlers who requested it. It was customary [3] that if a colony in turn founded sub-colonies, the ecista of the new colony was called by the mother country. War between a colony and its city of origin was rare and considered unbecoming, a little less rare was instead that a colony became a competitor in trade.

The arrival of the settlers was sometimes accompanied by friendly relations with the natives, whose leaders at times (as perhaps happened for Megara Iblea), granted land to the newcomers and fostered good relations with the settlers (perhaps for economic and prestige towards their communities), but often (as happened for Syracuse) this arrival was not very welcome to the natives who opposed the settlers, even if they were almost always forced to retreat in the end chased away by the stronger and more militarily organized newcomers. Often the beginning was characterized by a precarious phase of settlement and only after it was possible to have a definitive seat (see the founders of Megara Iblea) very often to the detriment of the indigenous population who was forced to retreat towards the interior.

The arrival of the first settlers is told in a semi-legendary and somewhat colorful way by the ancient historians. However, it must be considered that these stories, despite their imaginative exposition and often historical unreliability, constitute to a certain extent the only testimony we have of that period, enclosing within them some component of historical truth that otherwise would not have reached us. modern archeology often gives the actual evidence to these stories.

According to the historiographical tradition, the Athenian Theocles, in one of his naval voyages, he was pushed by a storm towards the Sicilian coasts, he fell in love with the place, so he had the desire to return there with an entire colony. Failing to convince the Athenians, he turned to the Chalcidians, obtaining the leadership of a colony to which a group of megarese from the Greek city of Megara joined. Arrived in Sicily they founded the city of Naxos, beginning the Greek colonization of the island. For the story it was the year 735 BC 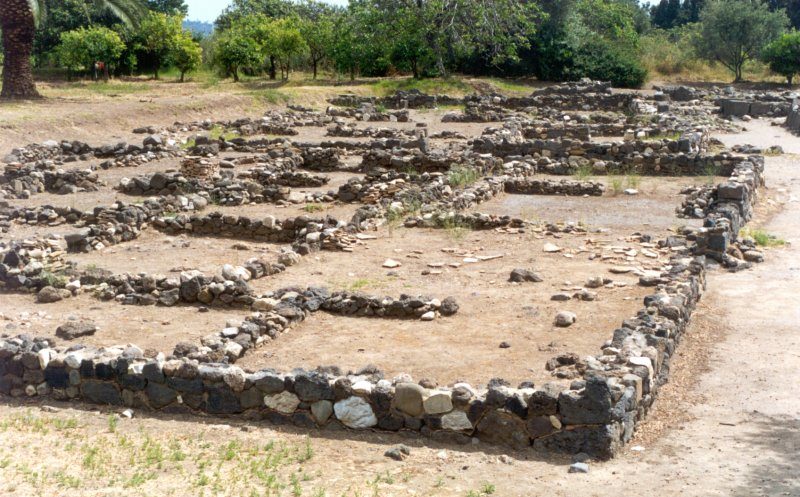 It is known that the Naxos area was inhabited since the Neolithic times, as evidenced by the remains of houses belonging to the Bronze Age.

Theocles had to find indigenous opposition, and probably the Sicilians after having fought the Calcidesi retreated to the slopes of Monte Tauro where a Sicilian necropolis was actually found.