After a few years the colonization of Naxos, the Calcidesi began an expansion that led them to drive out the Sicilians from Leontini and Catania (729 BC), an indigenous settlement from the Iron Age was found in Lentini on the site subsequently occupied by the Greek city.

Around the same time, another colony from Megara led by a certain lamis arrived in a place called Trotilon (near Syracuse). After a brief stop in the place and another short and perhaps not very happy cohabitation with the Calcidesi di Lentini, he found refuge in the site of Thapsos, a small peninsula not far from Syracuse[1]. It was in this place that Lamis met his death.

The archaeological finds that took place in the place have shown that Thapsos was inhabited since the early Bronze Age and the material found is of culture that from this site has taken the name of "culture of Thapsos". A lot of Mycenaean, Cypriot and Maltese material has been found which suggests that Thapsos must have been an important center of exchange between East and West between the XNUMXth and XNUMXth centuries BC, with the almost constant presence of the Mycenaean element[2]. Among the tombs found by the archaeologist Paolo Orsi during the excavations that took place between 1888 and 1921, in a cave tomb he found two Greek burials belonging to the end of the XNUMXth century BC, in one of which we want to recognize the tomb of Lamis.

At the death of Lamis the Megarese would have founded (729 BC) a city to which they gave the name of Megara Iblea. These colonies were followed by others, almost always of an agricultural nature, sometimes to form outposts for the military defense of the conquered territory, or even naval docks in support of naval routes that could be considered commercially if not strategically important. 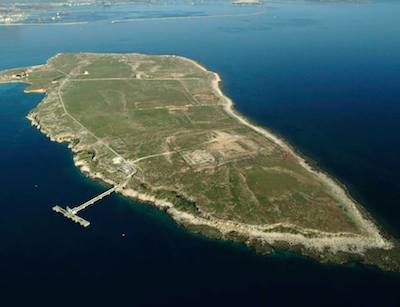