History of Sicily
2 The First Peoples: 2.6 The Phoenicians

Long before the Greeks massively colonized Sicily, the Phoenicians were able to inhabit it, limiting themselves, at least in the initial stages, to a form of pre-colonization. Only later, towards the eighth century. BC, they passed to a type of stable settlement, founding some cities. 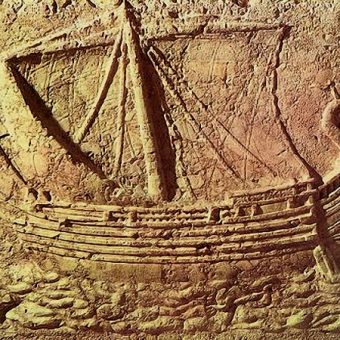 The Phoenicians, a Semitic population, settled in the region of the same name on the Mediterranean coast in ancient times. Their territory can be made to correspond to a long and narrow strip that starting from the north of Lebanon ends up in Israel, limited by the Mediterranean to the west and the Orontes and Jordan rivers to the east. They probably came from the Arabian desert or the islands of the Persian Gulf. [1].

The Phoenician region was by its nature uneven, thus not facilitating internal communications and instead favoring the establishment of many city-states with a certain political independence (Tripoli, Byblos, Tire Sidon), but this also favored a series of invasions of peoples foreigners, Assyrians (574th century BC,) Babylonians (538 BC), Persians (XNUMX) and Macedonians.

The Phoenicians were experts in navigation and trade, they were also dedicated to piracy, and they expanded in the West by founding colonies in Africa, southern Italy, Sardinia and southern Spain, some of the cities they founded later had a separate history (just think of Carthage and the Punic Wars). One of the key points for the Phoenicians' trade was precisely that of the fabrics of which they were experts in coloring, obtained thanks to a process of maceration of molluscs, this characteristic of theirs had such a considerable weight as to cause the purple red of the clothes from them colored to identify the entire people. In fact in Greek they were indicated with the name of Phoinikes and in Greek Phonix [2] means "purple red", from it derives the Latin points and finally punicus which later indicated the Phoenicians of the West and especially the Carthaginians. The Phoenicians were the inventors of the alphabet, they introduced 22 signs, each of which represented a certain sound, however it did not yet include the signs of the vowels that were later added by the Greeks (36.51).

If in the West, the region from which the Phoenicians came was known as Phenicia, in the East and in particular by the Phoenicians themselves, the region was called Canaan and the inhabitants of Canaan. And in fact Canaan appears in the Syrian texts of ancient Ebla as early as the third millennium BC, in the second millennium BC it appears in the Egyptian and Mesopotamian texts and in the Bible to indicate the pre-Israelite regions and populations. Sabatino Moscati [3] (24.194) points out that the same connection that exists in Greek between phoinikes and phoinix also exists between the name Canaan and the Akkadian common name kinakhu which means purple red.

The Phoenicians had to come to Sicily starting from the XII century BC, in fact it is recognized that in the Mediterranean there was a Mycenaean expansion that reaches up to the XII century BC (24.201) and a Greek expansion that starts from the VIII century BC and it is unlikely to think that the Phoenician expansion is right in the middle of the two phases. That the Phoenician presence is to be placed before the Greek one can be deduced from the words of the historian Thucydides [4]  which recalls that the Phoenicians lived along the entire perimeter of the island after having occupied the promontories and adjacent islets to favor trade with the Sicilians, but that upon the arrival of the Greeks in mass they abandoned most of their territory and retreated to the northern sector -western in the cities of Motya, Soluntus and Panormo among their allies Elimi.

The archaeological finds that have taken place up to now, suggest a Phoenician presence of significant importance only starting from the second half of the VIII century BC and this coinciding with the arrival of the Greeks. It was probably the arrival of the Greeks that pushed the Phoenicians to retreat to narrower borders and to create stable centers of occupation. Traces of Phoenician presence dating back to the XNUMXth century BC could be seen, as noted by L. Bernabò Brea [5], in the adoption by indigenous cultures, of elements of Phoenician origin. The discovery, however, took place in 1956 off the coast of Sciacca of a bronze statuette that reproduces the Phoenician god  Reshef [6] (Melkart) is dated between the fourteenth and thirteenth centuries BC, suggests that the Phoenician navy frequented the surroundings of Selinunte in the period that could be precisely the XII XI century BC which coincides with that of the collapse of the Mycenaean empire. 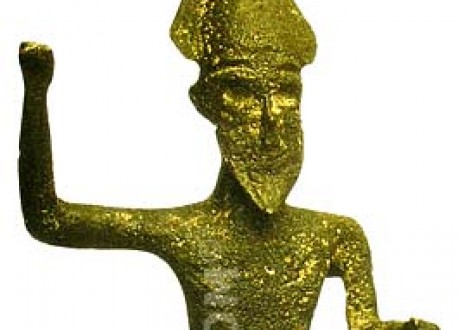 Among the cities of Phoenician origin we have Mozia, Palermo e Solunto 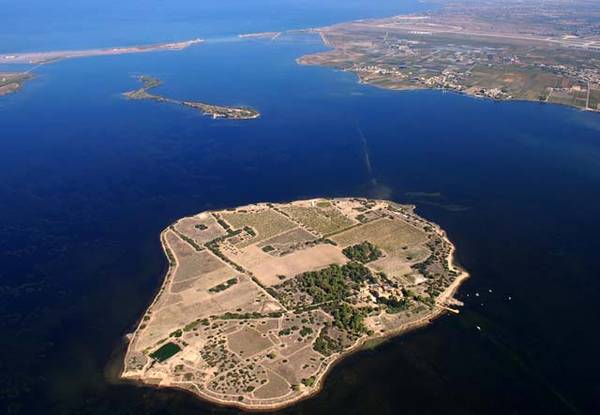 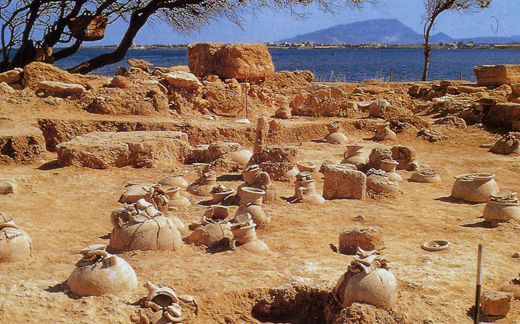 It would however be necessary to distinguish in Sicily between Phoenician expansion, referring to the Phoenicians of the East and Punic expansion, referring to the Phoenicians of the West, in fact very soon the history of what was a Phoenician colony, Carthage, differs from that of the motherland, expanding to turn and founding other subcolonies, including Ibiza in 654 BC (23.113). Probably the ties that held Carthage close to the motherland were gradually dissolving with the growth of Carthage's military power. Towards the middle of the XNUMXth century BC, the African city extended its dominion over the Phoenician cities of Sicily. 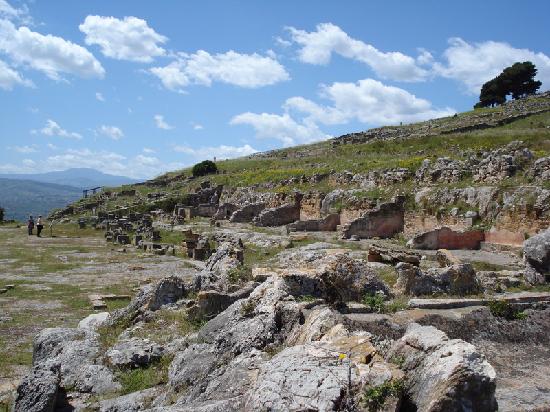