History of Sicily
2 The First Peoples: 2.4 The Elimi

The western area of ​​Sicily was affected not only by the Phoenician and Sican presence, but also by that of the Elimi; regarding the origin of this people, there are two distinct versions:

According to Dionysius of Alicarnassus [1], the Elimi they arrived in Sicily, coming from mainland Italy from where they had been expelled by the Enotri three generations before the Trojan War.

This hypothesis would be supported by the fact that the Elymian language is, by some, considered an Italic language [2], furthermore we remember how the historian Ettore Pais states that the Ligurians occupied the western areas of Sicily, the Pais in fact points out the similarity of the names of the localities where the Elymians settled with some Ligurian localities: Eryx (Erice) Entella e Segesta, with those of Eryx (Lerici) in the gulf of La Spezia, Segesta (Sestri), and in the nearby river Entella quoted by the poet Dante [3].

Thucydides [4] instead considers them Trojans who escaped the destruction of their city to which gods would later be added Phocians from Phocaea a Greek city in Asia Minor. The Elimi and the Phocians joined a group of Sicans thus forming an 'ethnos' politically distinct from the neighboring Sican people. Segesta, Erice ed Entella were the main centers inhabited by the Elymians. 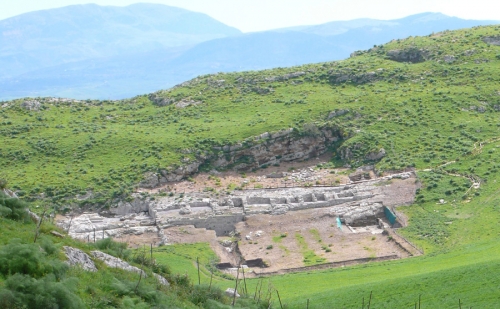 One of the many versions of the legend relating to the foundation of these cities can be summarized as follows: (44.188) (14.40.I)

Following discord between the king of Troy, Laomedon, and a tycoon of his, a certain Phenodamante, the king had Fenodamante and all his male descendants arrested and killed, and hesitating to have his three daughters also killed, he decided to deliver them to merchants with the obligation to take them to distant lands. The girls escaped death thanks to the goddess Aphrodite, were brought to Sicily, here on their arrival they erected a temple to their patron goddess, one of these joined with the river god Crimiso, turned into a dog on the occasion. From this union a son named was born Egesto (or Aceste). Later Egesto together with Elimo bastard son of Anchises, and brother of Aeneas embarked on three ships, with some fugitive Trojans, they were welcomed by the Sicans, who considered Egesto a villager, and they respected Elimo as a Trojan prince for his deeds. The Sicans not only welcomed the group into their own home, but also gave them part of their land. The group thus constituted was then called the Elimi from the name of the Trojan prince.

Another tradition has it that the name of the city of Segesta derives from the Nymph Egesta who had given hospitality to the Trojans. A further interpretation of the myth could be to consider Egesta one of the daughters of Fenodamante who later joined with Crimiso mentioned above.

Didramma from Segesta. On one side we see a dog on the other a female figure attributable to the nymph Segesta.

The version of the Trojan origin of the Elymians given by Thucydides was seen by some as a consequence of the Athenian propaganda towards the Sican populations when towards the fifth century BC he had expansionist aims towards Sicily. The Trojan origin of the Elymians is also found in the Roman literary tradition, when we talk about the mythical origin of Rome and its relations with Troy through the legend of Aeneas' journey before his arrival in Lazio.

From the story of Virgil in the Aeneid it is known that the foundation of Segesta was by Aceste (Segesto) son of a Trojan woman and of the river god Crimiso. 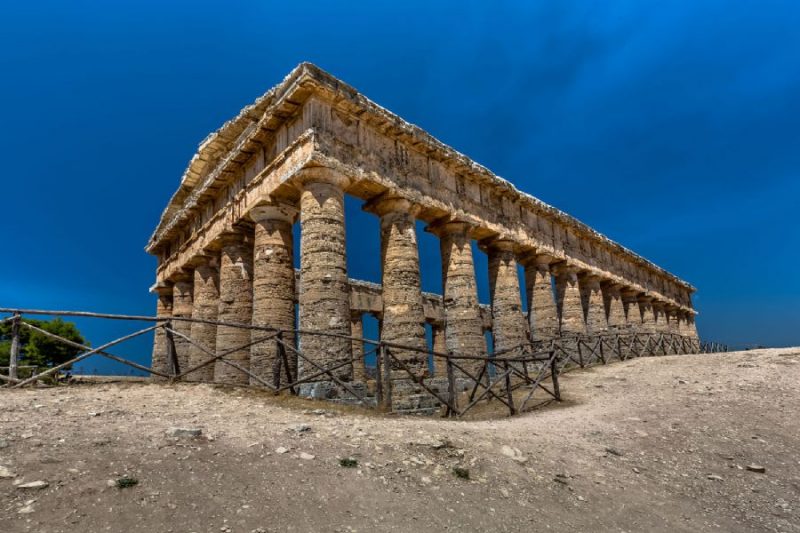 The recent excavations carried out in the Elymian area and above all in the territory of Egesta have ensured that the Thucydid theory took effect, in fact much of the archaeological material discovered, due to the shapes and decorations, indicates a cultural imprint coming from the area of ​​the Eastern Aegean. Some fragments of pottery were found with engraved characters of the Greek alphabet, but which refer to a non-Greek language, believed by some to belong to one of the Anatolian dialects [5].

The Elimi had close relations with the towns of the nearby Phoenician-Punic area, this is documented by classical sources that often refer to a common policy that united the Elymian cities with the Phoenician-Punic ones and which often saw them united in struggles against the Greeks. of Sicily.

The remains of Troy (or Ilio) are found in Asia Minor (today's Turkey), about ten kilometers from the Dardanelles strait, its remains were located by Heinrich Schliemann following in a meticulous way the topographical indications of the Iliad of the Greek Homer. The excavations carried out on the site indicate nine layers that identify nine distinct eras, the oldest layer refers to Troy which was built around 3000-2500 BC while the more modern one refers to the Roman city built after 85 BC (38.10.IV )

The Troy to which Thucydides refers, is probably the one belonging to the VII layer where a thick layer of coal has been identified dating back to around 1250 BC and which could refer to the destruction of Troy by the Achaeans, the time does not differ in effects then a lot from that traditionally handed down that wants that the end of the war that opposed the city of Troy to a coalition of Greek cities (more precisely Achaean-Mycenaean), took place in about 1184 BC, thanks to the expedient implemented by Ulysses. He had a large wooden horse built in which the strongest Achaean warriors hid and placing it in front of the walls of Troy, induced the Trojans to transport it inside the city, convinced that it was a restorative gift, during the night instead the Achaeans went out from the horse by opening the gates of the city allowing it to be conquered and set on fire.