History of Sicily
2 The First Peoples: 2.7.3 City of Elymian origin

The ancient city of “Motia” is located on the current islet of S. Pantaleo just north of Marsala, at about 1600m. from the coast. The island has been inhabited since prehistoric times. Archaeological findings trace the arrival of the Phoenicians to the end of the eighth century BC and a certain peaceful fusion between the local population and the new arrivals is to be assumed. The excavations have brought to light many elements belonging to the Phoenician and Punic culture and reveal that Mozia was of considerable importance both from a strategic and commercial point of view. The most ancient testimonies concern some cremation tombs of the necropolis on the western part of the island (VIII, VII century BC). The importance assumed by this city would also be confirmed by the fact that Mozia also came to issue its own coins [1]. The place soon became a Punic stronghold of vital importance given its proximity to the African continent, and therefore an easy landing place for reinforcements from Carthage.

Well-defended city, as shown by the story of the historian Diodorus Siculus who narrates the siege that led to the destruction of the city in 397 BC by Dionysius (or Dionysius) of Syracuse, six floors high siege towers were used.

The city after the destruction was no longer rebuilt and the surviving inhabitants built the city of Lillibeo today Marsala. After its abandonment, the sacred area of ​​the church was perhaps continued to be used Tophet, that is of the sacred place (typical of oriental peoples), where human sacrifices took place and where the urns with the ashes of children were buried. The firstborn children were killed, burned and placed in pots driven into the ground. Seven layers of cinerary urn depositions have been identified containing the remains of sacrifices, usually children, but sometimes replaced with animals. Every year, children belonging to Phoenician community families were offered to propitiate the favor of the Phoenician god Baal, (whose Latin correspondent was Saturn and the Greek Cronos).

There was a period in which perhaps due to the similarity between the names Motia and Motuca, it was thought that the Phoenician Mozia should be identified with the current Modica in the province of Ragusa, but apart from the similarity of the name, there are no elements which would prove the existence of a Phoenician settlement in the Modica area. Some of the writers of the past have advanced the hypothesis that the Motye were more than one, and that one of these was located not far from the promontory of Capo Passero, this would be confirmed by the map of 1600.

The existence of the Phoenician-Punic culture is mainly documented by the necropolis and by some vases of clear Phoenician origin, as the inhabited area lies below the modern one. However, it is possible to trace the first Phoenician presence to the end of the XNUMXth century. B.C 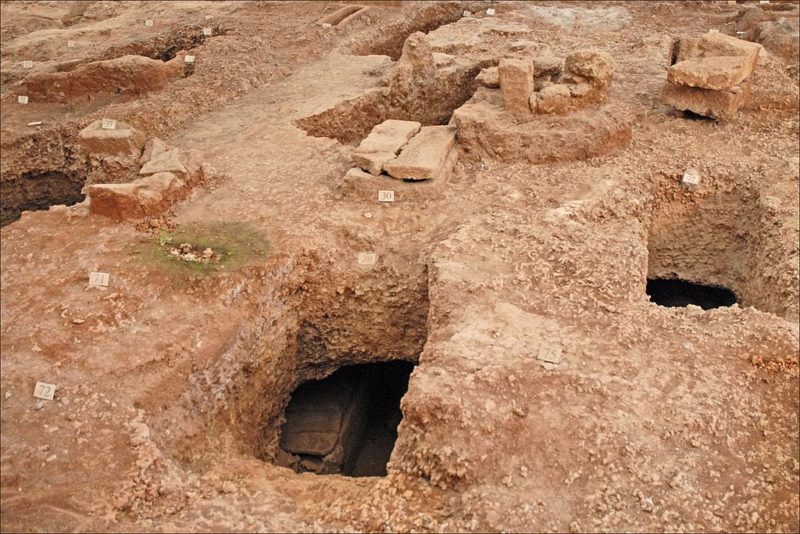 It has always been thought that the city must have risen on Mount Catalfano (about 16 km east of Palermo) where in the 396th century archaeological remains were identified by the Sicilian topographer and historian Fazello, but while for Mozia and Palermo there is a certain correspondence between historical data and archaeological finds, this was not the case for Solunto, in fact the remains found on the site indicated by Fazello do not date back to the fourth century. BC It is likely that the remains of Monte Catalfano refer to a second center rebuilt after the destruction of the first by Syracuse in XNUMX BC

It was thought for some time that the oldest center was to be identified with the nearby town of Pizzo Cannita, where two sarcophagi of Phoenician art dated VI, V century have been found. BC, but later the discovery of tombs of the sixth century. BC in the plain below Mount Catalfano, containing both Phoenician and Greek materials, would suggest that even the oldest center must have been very close to the XNUMXth century BC city identified by Fazello. 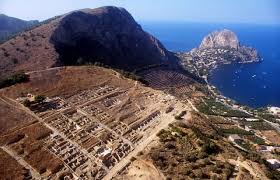 The Sicilian historian Solarino [2] affirmed that Camarina too was of Phoenician origin, relying more on philological arguments than on historical data. But the archaeological remains would instead give reason to those who want Camarina to have been founded by the Greeks in 589 BC. The fact that in addition to Greek amphorae also archaic Phoenician amphorae (5.206) have been found, could only mean that Camarina took an active part in the exchange processes of the sixth century BC.