"The “Mount Etna” site includes 19,237 hectares of the Etna Park. With a height of 3,335 m above sea level, Etna is the highest mountain in Italy south of the Alps, the highest in the central Mediterranean area and in any Mediterranean island. The candidate site covers the highest area of ​​Etna which is not inhabited. Etna is the most active volcano in the world in terms of eruptive frequency. It is the tallest volcano in Europe and the largest composite basaltic volcano and covers an area of ​​1,178 km2 above sea level, reaching a height of over 3,300m. The volcano is characterized by almost incessant volcanic activity in the summit craters and by frequent lava flows from lateral craters and fissures. This volcanic activity has been documented for at least 2700 years. The scientific documentation relating to Etna dates back to the XNUMXth century. In the XNUMXth century, famous European scientists, such as Charles Lyell and Sartorius von Waltershausen, conducted systematic studies and the Waltershausen map, from the first half of the XNUMXth century, represents the first geological map of a large volcano. Since that moment, Etna has become the most studied and monitored volcano in the world. It is considered a natural laboratory for volcanologists, geophysicists and other disciplines of the earth sciences.
Etna at present is the result of a complex eruptive history that can be traced back to over 500.000 years ago. Central volcanic activity in the Etna region began over 100.000 years ago. About 57.000 years ago an intense volcanic activity gave rise to the elliptical volcano over 3.600 m high, while about 15.000 years ago, mainly effusive activity formed the more recent Mongibello, whose 357 flows cover 88% of the entire surface of Etna. The largest explosive eruption of Mongibello occurred in 122 BC, causing enormous damage to the city of Catania, a coastal city that also suffered a low-altitude lateral eruption in 1669. The most recent geological map of Etna indicates 122 lava flows in the historical period that goes from 122 BC to today. Etna currently has four summit craters and a dozen volcanic ash cones. However, the predominant morphological characteristic of Etna is the Valle del Bove, a great depression on the eastern side of the volcano created by a side that collapsed thousands of years ago and which now represents a window on the history of the volcano ”.

The criteria for UNESCO recognition
Mount Etna was included among the candidate sites to be included in the World heritage List in January 2011 based on the following three criteria:

Criterion VIII: the site represents exceptional examples of the main stages in the history of the earth, including the presence of life, significant geological processes in place for the development of the land shape or significant geomorphic or physiographic features

Criterion IX: the site is an outstanding example of ecological and biological processes in the development and evolution of terrestrial ecosystems, fresh, coastal and marine waters, and plant and animal communities,

The World Conservation Union (IUCN), the body that oversees the recognition of Unesco sites, did not consider criteria VII and IX satisfied, but considered criterion VIII satisfied (we remind you that it is enough that a criterion is satisfied to obtain Unesco recognition).

Etna gets   then the recognition with the following motivation:

Criterion VIII: "Etna is one of the most active iconic volcanoes in the world and an extraordinary example of continuous geological processes and volcanic formations. The stratovolcano is characterized by the almost continuous eruptive activity from the craters of its summit and quite frequent eruptions and lava flows from the craters and fissures on its flanks. This exceptional volcanic activity has been documented by humans for at least 2700 years and is one of the longest documented records in the world of historical volcanism. The varied and accessible assemblage of volcanic features such as crater tops, ash cones, lava flows, lava caves and the Valle del Bove depression have made Mount Etna a prime destination for research and education. Today Etna is one of the best studied and monitored volcanoes in the world and continues to influence volcanology, geophysics and other earth science disciplines. Notoriety, scientific and cultural importance and educational value are of global importance ". 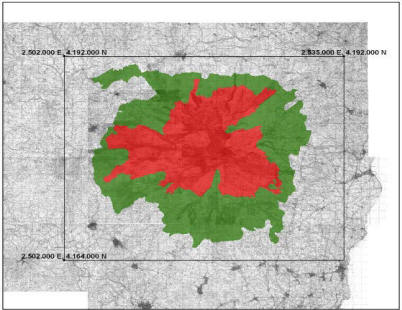 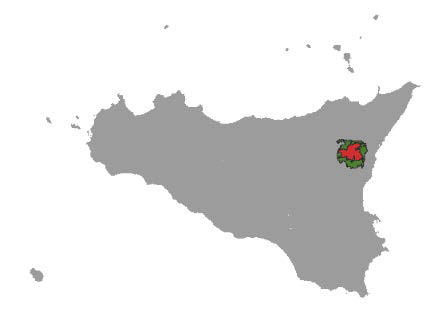 The area classified by Unesco as a world heritage, is part of the Etna Park created in 1987. In addition to the real site (core zone) of 19.237 hectares, a "buffer zone" of 26.220 hectares is identified which includes Zone B and part of zone C of the Etna Park

The territorial boundaries of the Park are identified in attachment "B" of Presidential Decree no. 37 of 17 March 1987. The territory is divided into zones “A”, “B”, “C” and “D” which correspond to different levels of protection.