LIM Places of Identity and Memory of Sicily

The drafting of this paper is by the Regional Center for Design and Restoration and for Natural Sciences and Applied to Cultural Heritage which also takes care of its links with the Risk Charter for Cultural and Environmental Heritage (drawn up by the same Regional Center for Design and Restoration), with the Register of Intangible Heritage of the Sicilian Region, with the Register of Monumental Plants of Sicily.

The objective of this charter is to extend the safeguarding and enhancement of the cultural and environmental heritage of Sicily to those places and buildings that contribute to building the identity and cultural memory of the island, through values ​​that can be traced back to the themes of myth and legends, of the sacred, of history, culture, work, taste, literary, television and film narration.

I Places of Identity and Memory they are divided into seven categories, each of which includes a particular typology of places. The preparatory study for the definition of the project, carried out by the Regional Center for Design and Restoration and for Natural Sciences Applied to Cultural Heritage, produced a first census of places of identity and memory including about 700 places, divided into lists relating to the seven categories identified. To see the places, starting from the list attached to the decree, access the areas indicated below:

Places of myth and legends
Physical spaces connected to mythological events or to the settings of written and / or handed down legends evoking the presence of primal forces.

Places of the sacred
Physical spaces connected to particular aspects of the life of characters, rituals and events of the sacred that have connoted the Sicilian reality.

Places of historical events
Physical spaces that have been the scenarios of events that have marked the historical story of the community.

Places of historical personalities and culture
Physical spaces intrinsically linked to the memory of such personalities.

Historical places of work
Physical spaces connected to the most significant stages in the history of work in Sicily.

Historic places of taste
Physical spaces that represent the cultural experiences of greatest significance in the field of the history of taste in Sicily.

Places of literary, television and film stories
Physical spaces described in the literary pages or which, having been the set scenarios for film or television shooting by well-known authors, have helped to reaffirm and promote the cultural identity of Sicilian landscapes.

Further information and documents on the Sicilian Region page: LIM

LIM Places of Identity and Memory of Sicily 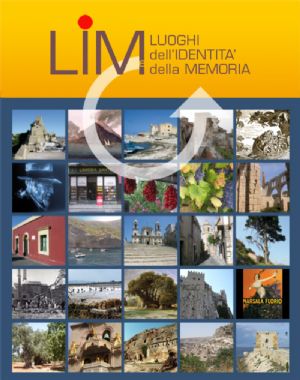 Link to the old site