Sicily between History, Myths and Legends - Vol. 1: From Prehistory to the Phoenicians 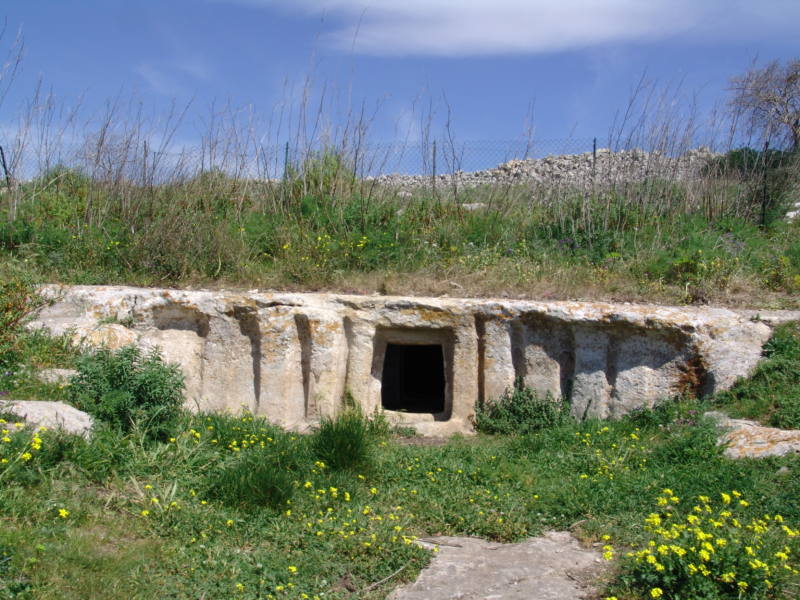 Pages: 231 (E-Book pdf) (the book can be downloaded at the same time as the purchase)

The book is sold in major online book stores including: Amazon, Hoepli,  Mondadoristore, Lafeltrinelli, Libreriarizzoli, IBS, Google Play Books, University Library, Unilibro, Kobo, ebook.euronics; Casadelibro, BokRepublic, Librerie.coop, Giunti al Punto and many more. The cost may vary based on the policies of the various stores. It is possible to buy the book in the indicated online shops or directly in our Hermesonline shop 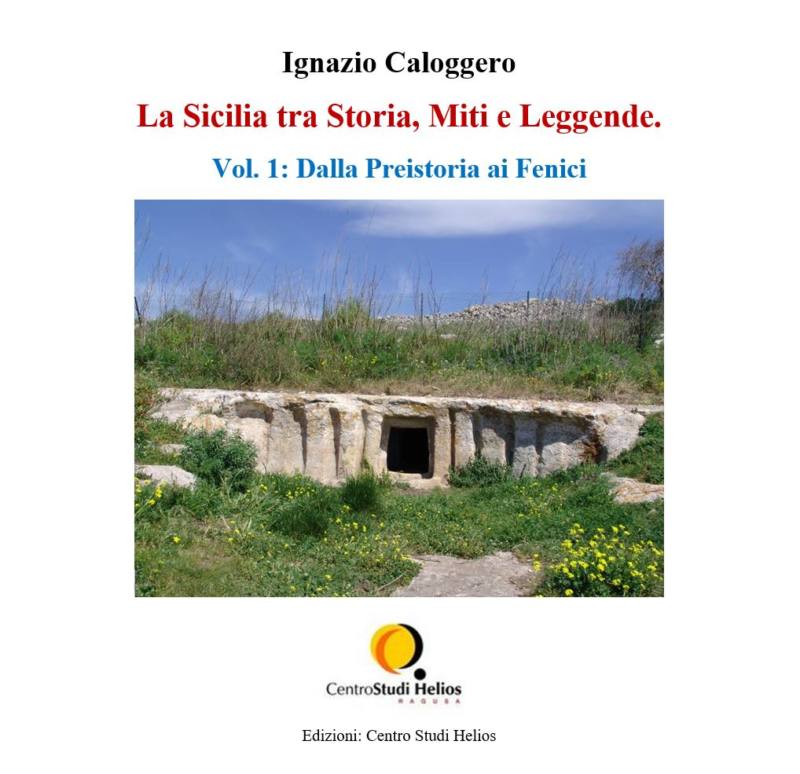 A different way of telling history. The book tries to combine, as far as possible, a certain scientific rigor with oral traditions and legends of the past, as told by Diodorus Siculus, Thucydides, Pausanias, Plutarch, Di Blasi or writers like Homer and Virgil. This is because in any legend there is a fulcrum, even a small one, of historical truth; Archaeological findings have shown this on more than one occasion. This is the case of the legend of Minos, king of Crete, who came to Sicily in search of the fugitive Daedalus, who hides traces of the Aegean influence in Sicily, known for over 2000 years but that only now, thanks to archeology, can we affirm that the within it there is a bud of historical truth.

The first to believe that a pinch of truth was hidden in legends, and to prove it to the world, was a German, Enrico Schliemann, who, following the topographical indications of the Iliad, discovered the remains of Troy in 1873.

The first volume concerns the time span that goes from prehistoric times, starting from the Paleolithic, to that which sees the influence of the Phoenicians. 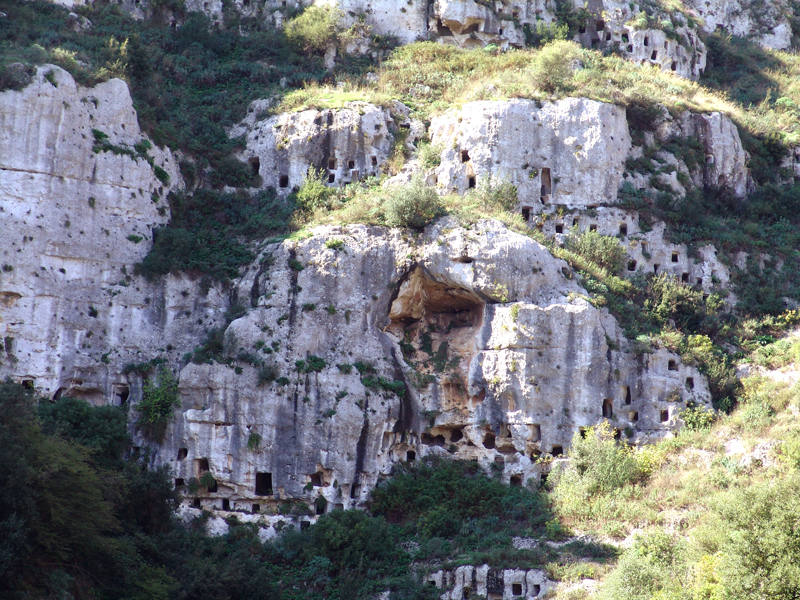 1.2.1 Religious sentiments and burials in the Paleolithic and Mesolithic.

1.2.2 Art in the Paleolithic and Mesolithic.

1.3.1 Neolithic and the birth of agriculture in Sicily.

1.3.2 Religiosity and burials in the Neolithic period.

1.4.2 Age of metals and social and cultural development.

1.4.4 Religious sentiments during the metal age.

2.1 Sicily and the Eastern Mediterranean Regions.

Below is the introduction from the book:

As I have already had the opportunity to say in the Introduction of another of my work "Cults and Myths of Ancient Sicily", I do not belong to the category of historians, I do not have the presumption to replace them, but I love my land, its beauties and its history. In addition, I have a great desire to pass on to others my deep love for Sicily. I do it through a project "Sicily Heritage Project" started a few years ago and which I believe will accompany me for the rest of my life. I am aware of my limitations, writing about History, Archeology, Folklore without being "accredited" is not always presumption or usurpation of other people's spaces, but the desire to make others participate in the beautiful things that one becomes aware of.

I am convinced that in addition to the right space for those who describe Sicily in an elegant and semantically correct way as a land of mafia, injustice and social malaise, there is also space for those who decide to describe, even if sometimes in an ungrammatical and naive way, what is beautiful around us.

This work is intertwined with other works I have dealt with concerning Sicily, to identify the authors and works I have consulted, I refer you to the Bibliography.

Sometimes history, especially those of the initial stages, has come to us after a process of elaboration, often a consequence, of the oral methods used by the ancients, to pass on events, where often history was legend, and legend was history. We know how every orator in recounting events, often greater than himself, loves to put his personal imprint on the story, in some way this allows him to be part of it, to be the protagonist of the story he is telling; this has meant that today we know the dawn of our history with different facets, depending on the origins, political influences and imagination of the ancient writers. Where there were not enough elements to reconstruct an event, often a pinch of imagination put everything in place.

The scientific rigor to which we are accustomed today, can make suspicious some pages of history written by historians of the time, such as Diodorus Siculus, Thucydides, Pausanias, Plutarch and Di Blasi but we must take into account that beyond the historical truth, their texts are often the only testimonies of the past that have come down to us. To these historians I would also add writers such as Homer and Virgil who have often put history and legend in symbiosis.

I am convinced that in any legend there is even a small fulcrum of historical truth inside it, as archaeological findings have shown on more than one occasion. That Minos king of Crete came to Sicily in search of the fugitive Daedalus, can be doubted, but that in the area that legend has it he visited, traces of the Aegean influence were found long before there was talk of Greek colonization is beyond doubt, yet the legend has been known for over 2000 years and only now, thanks to archeology, can we say that within it there is a bud of historical truth.

Perhaps the anecdotes relating to the fears and mania of persecution of the tyrant Dionysius of Syracuse may seem exaggerated, and perhaps they are, but it must be recognized that these anecdotes reflect the fear that dictators of all times have had of being victims of the same strategy. of death they wanted. How not to find then, elements in common between the cruel tyrant of Agrigento Falaride and a Bokassa of our times, both it is said they ate the meat of children. Perhaps this is true, or perhaps it is just the fruit that comes out when mass psychology awakens from the torpor of the dictatorship, and as if to gain courage, it amplifies the evil of the tyrant to be killed making him a prototype of a monster. And finally, if anyone remains skeptical of the cruelties told by Diodorus during a Punic raid, in which the corpses were cut off their hands to make necklaces, the heads of the enemies were hung on javelins and in which women, girls and boys were raped. , it is good that you remember what happened in Yugoslavia a few years ago, where the women, those who survived, carried the sign of Serbian violence in their wombs and where instead of javelins, rifle bayonets are used to support the heads of the vanquished.

The first to believe that a pinch of truth was hidden in legends, and to prove it to the world, was a German, Enrico Schliemann, born in 1833, of a very poor family, interrupted his studies very early because his father did not have the necessary means to working as a boy in a grocery store, as a child he had read Homer's Iliad and his dream was the discovery of the remains of the city of Troy. How can a poor shop boy think of going so far? and yet he thought so, not only that, he believed in that dream, despite life every day screamed at him, the reality in which those who, by chance, live by hard work. Yet, those who despite this, manage to dream, have a minimum of hope of making their dreams come true. In fact, Enrico as an apprentice he was, first managed to open a small business, then gradually helped by fate and his ability to trade, he managed to accumulate a fortune, so at the age of 40 he retired very rich to devote himself to archaeological research. Schliemann was self-taught, yet this did not prevent him (following the topographical indications of the Iliad) from discovering the remains of Troy in 1873. A seemingly impossible dream had come true.

I believe that it is possible to see every legendary tale as containing two truths, the first, the most external, is often the dress in which man's imagination dresses a truth that is sometimes historical. The more the fantasy, the more the outer clothes hide the historical truth. If we also want to play a little with our imagination, we can think of a flower inside which a small bud of historical truth is hidden, often thanks to the patience of some men, and a pinch of luck (which never hurts), the largest flower opens its petals, sometimes only a little, leaving only a part of the bud to be seen; sometimes the opening is complete, giving the vision of the bud in all its splendor, other times, however, the petals are destined to never open, and the bud hidden inside, unfortunately, will never be seen.

The first chapter refers to the proto-history of Sicily. Surely each of us will have asked himself at least once in his life, the question of what is the origin of humanity and how our ancestors lived. The history of man understood in the broadest sense of the term cannot be reconstructed starting only from written documentation. When writing appeared on Earth, it had already been inhabited by man for a few million years. Generally we want to distinguish the historical period documented by written stories from the prehistoric one that precedes the knowledge of writing.

It is difficult to make a chronological division between the two periods, also because writing appeared at different times in the various regions of the earth; in the Middle East it was known in 3000 BC, but in many other parts of the world it arrived much later, in Egypt in 2300 BC, in Greece in the XNUMXth century. BC, in Italy in the eighth century. BC and in southern Germany in the first century. AD To obtain useful information on the aspects of daily life, but also of the religiosity and art of prehistoric men, scholars have relied on archeology, paleontology and also geology which have allowed a comparative study of the burials and related equipment, housing sites, rock arts and prehistoric furniture.

The second chapter concerns the first peoples and if it is true that legends always hide a pinch of truth, it is right to include among these also those due to Homeric mythology: Lotophages, Cyclops, Phaeacians and Lestrigons. The other peoples present in Sicily before the arrival of the Greeks follow: Sicani, Siculi, Elimi and finally the Phoenicians. The second chapter also contains the description of the main myths and legends related to these last peoples.

The third and last chapter of this first volume concerns the first inhabited centers, distinguishing them between urban centers of Sican, Sicilian, Elymian and Phoenician origins.

Sicily between History, Myths and Legends. From Prehistory to the Phoenicians

Sicily between History, Myths and Legends. From Prehistory to the Phoenicians