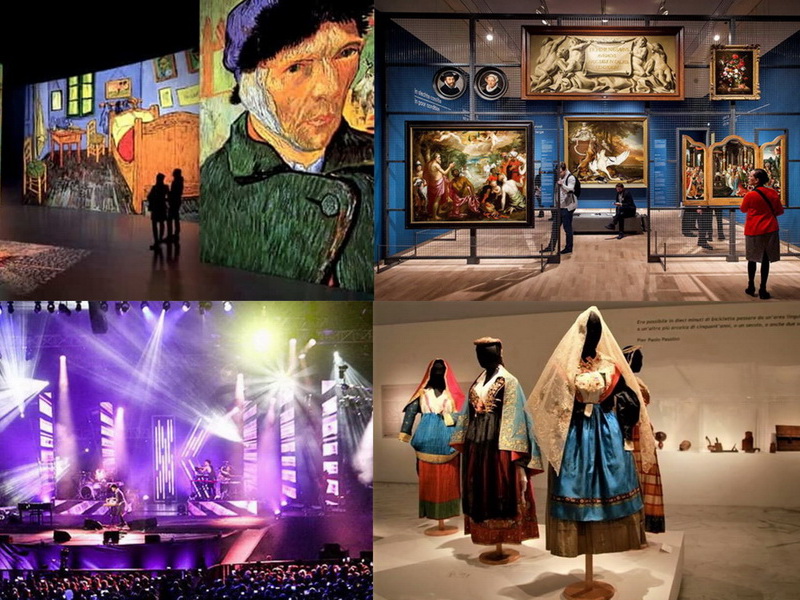 The Heritage Events Project is one of the six sub-projects resulting from the larger "Heritage Project" its main objective is to promote the Cultural Heritage through cultural initiatives.

Summary of some activities carried out over the years

Contemporary art exhibition entitled "EMOTIONS AND LIGHTS" held in the premises of Palazzo Cosentini in Ragusa Ibla, from 12/06/2016 to 19/06/2016

2008 - Thesaurus Hyblaeus: Collaboration with the Soprintentenza di Ragusa for the organization of the exhibition “Thesaurus Hyblaeus: Glories, wrecks and precious memories " which saw 11 rooms of the Donnafugata Castle hosting archaeological finds and works of art from various municipalities in the province of Ragusa. As part of the event, the Centro Studi Helios has set up a multimedia projection room of the heritage of the province of Ragusa.

2008/2009 - Canicattini Bagni, within the XIV and XV editions of the International Jazz Festival "Sergio Amato" realization of multimedia exhibitions on the landscape and architectural heritage of the Hyblean territory

Multimedia Week of the Baroque: Ragusa Ibla - at Palazzo Cosentini from 3 to 9 June 2006 which saw some initiatives including an exhibition of traditional and multimedia art, a national painting competition on the theme of "Baroque Harmonies" and an interesting conference "The Conservation of Cultural Heritage. , of Baroque Architecture and the recovery of the Historic Center "

Award dedicated to anyone who, through culture, entertainment or his work, has contributed to the promotion of Sicily and its cultural heritage. The award was created and financed almost exclusively with the sole forces of the Helios Study Center. At present it is temporarily suspended pending better times. Here are some moments of the 2 editions made Giovanni Distefano: Archaeologist and director of the Regional Archaeological Park of Camarina. Mimì Arezzo (to memory) historian and expert in local traditions;

2013: Luna Lunedda and the Tarantella