Gardens and Public Villas Featured
Trapani
Ratings, Comments and User Experiences
Rate it (1 to 5)
0.000
Location
17a Via Spalti 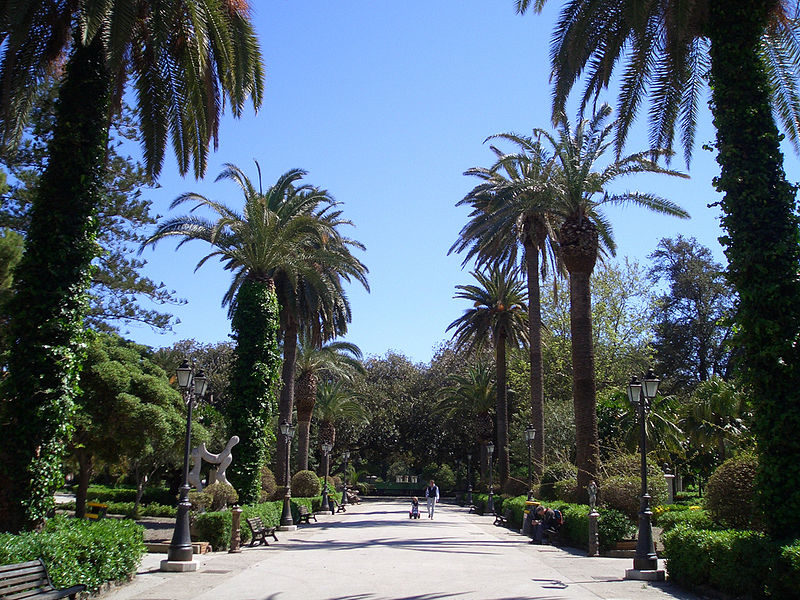 The main villa of the city was born at the behest of the municipal administration, headed by Enrico Fardella, shortly after the unification of Italy. The park, opened to the public in 1889 and named after Queen Margherita of Savoy. Every summer, since the end of the nineteenth century, in Piazzale dei Ficus the performances of opera music of the July Musicale Trapanese take place. The park, rectangular in shape, with an area of ​​21.000 square meters has four entrances, one on each side of the area; the main entrance, on viale Regina Margherita, leads to a central avenue that leads to the open-air theater in Piazzale dei Ficus. Behind the scenes of the theater you can admire an elegant pond which houses architectural details related to the history of the city, in particular the five columns with Doric capitals, which were part of the “Garibaldi” theater, destroyed by war bombing. Marble busts, mostly inserted inside the flower beds, depict some of the most illustrious characters of the city.

Villa Margherita is divided into four sectors consisting of flower beds of different sizes and shapes. The entrance has a long avenue of Canarian palm trees. In the first sector on the left there are numerous pines, oleander bushes, a Bohemian olive tree and numerous pittospores, the dwarf palm and the Livistona Chinensis palm.

In the second sector there are trees of Ficus microcarpa, a specimen of corinocarp and a tree called “Albero Botte”. Near the nursery there are numerous plants grown in pots: magnolia, siliquastro, black locust and lagoon.

In the third sector there are three examples of lagoon, a centuries-old plane tree, Canary palms and a banana tree, a specimen of Duranta plumieri with an intertwined trunk, Cestrum parquii and Dracaena draco.

In the fourth sector, a specimen of Phoenix dactylifera and two specimens of Ficus microcarpa.

Download the brochure created by the “Livio Bassi” Institute of Trapani villa_margherita (.pdf)