The middle door is the passage on Corso Umberto that leads into the old quarter.

Using an existing base of an ancient defensive wall construction, dating back to the 1676th century BC, the Tower was built in the XNUMXth century, but during the invasion of Louis XIV's French troops in XNUMX it was razed to the ground.

In 1679, at the behest of the inhabitants of Taormina, the Tower was rebuilt and on that occasion it was placed on the side of the square IX April, also the large clock that further characterizes it. Since then it has been identified as the Clock Tower and no longer Torre di Mezzo. 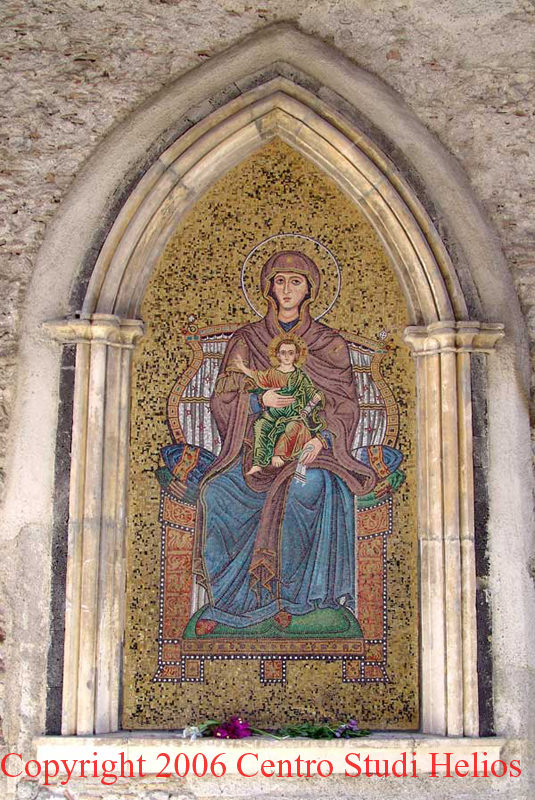