Churches and Religious Buildings Featured
Messina
Ratings, Comments and User Experiences
Rate it (1 to 5)
0.000
Location
Ramp of the Dove

Sanctuary of the Madonna di Montalto 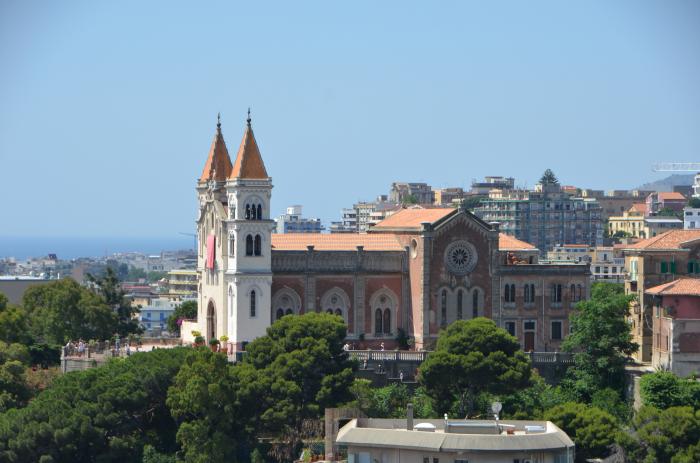 LOCATION: Via Dina and Clarenza DATING: 1294th century, DESCRIPTION: The church was founded in 1908 and dedicated to S. Maria dell'Alto, later becoming S. Maria di Montalto. Completely destroyed in the 1930 earthquake it was rebuilt from scratch immediately afterwards. The façade, facing the sea, was rebuilt in XNUMX with two spire bell towers flanking the facade The interior preserves a painting of the Madonna from the XNUMXth century and a wooden crucifix from the XNUMXth century

CURIOSITY The sanctuary is linked to the tradition of the apparition of the Madonna in defense of the Messina besieged by the French during the Vespers war (1282-1302). On September 8, 1300, the church was endowed with a picture of the Madonna that was miraculously brought to Messina by ship from the east. This painting was severely damaged by the 1908 earthquake; restored in the 80s and placed on the main altar of the Sanctuary. SOURCE: http://www.santuariomontalto.it plus various sources developed by the Centro Studi Helios