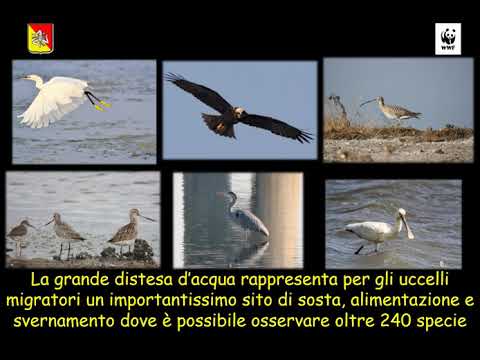 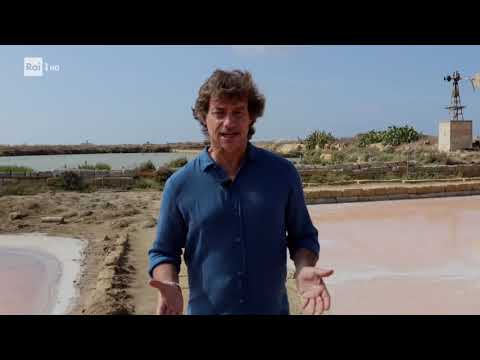 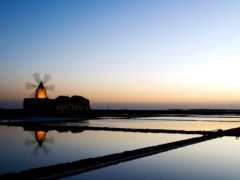 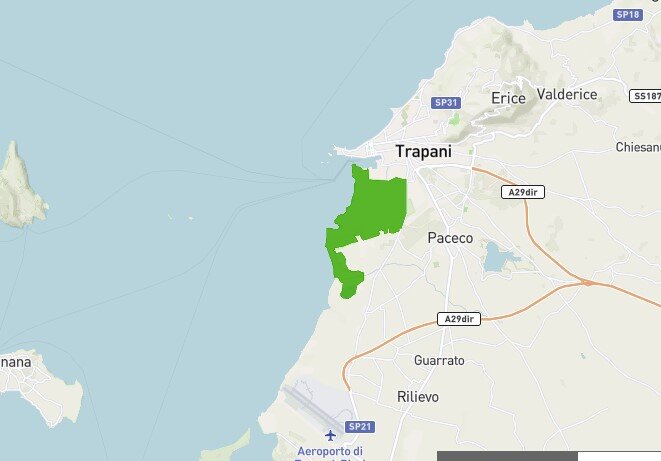 The Reserve was established by decree of the Regional Territory and Environment Councilor n.257 of 11 May 1995, and is managed by the Italian Association for WWF. The Reserve includes a coastal strip covering almost a thousand hectares, divided into zone A of the Reserve (707 ha) and zone B of Pre-Riserva (278,75 ha), on the border between the municipalities of Trapani and Paceco. The site constitutes one of the most important coastal wetlands of western Sicily; largely occupied by traditionally cultivated salt pans, with marshes and cultivated fields in marginal areas.

From Wikipedia:
From 1861 with the unification of Italy these salt pans were not nationalized, and were the only ones to exceed the monopoly salt by the state, exporting it to various countries. After the First World War with the competition of the industrialized salt pans of Cagliari and Santa Margherita in Puglia, the decline of the Trapani salt pans began, accentuated by the outbreak of the Second Word War and from the competition, Italian and foreign, of rock salt. Many of the salt pans were abandoned or abandoned, like the characteristic ones windmills.

The recovery took place with the establishment of the Reserve, which took place by decree of the Councilor for the territory and environment of the Sicilian region n. 257 of 11 May 1995, and its management assignment to WWF Italy. A regulation was issued that allowed “saliculture to be practiced in the areas traditionally intended for this purpose and the aquaculture activity of part of the saltpans”. . We have therefore witnessed a new relaunch of production activities and processing of sale, by the Sosalt, which is the main producer, with the approval of restoration and recovery interventions of the abandoned plants, to which the other small producers have joined. The Trapani sea salt, inserted in the list of Traditional Sicilian food products recognized by the Ministry of Agricultural, Food and Forestry Policies, in April 2011 has also obtained the recognition ofIGP with the denomination "Sea salt of Trapani".

In 2011 the salt pans of Trapani have obtained the inclusion in the list of Ramsar wetlands, by decree of the Ministry of the Environment.

Click to see on Google Maps
Trapani, T.PPaceco, T.P
Rate it (1 to 5)
0.000
Send a notice to the publisher
Deactivate the Youzify Membership System to use the theme's login form here.