It is a coastal wetland area affected by brackish waters subject to temporary summer drying. It is separated from the sea by a strait
dune cordon which in the central part extends into a short isthmus connected with the Magnisi Peninsula. The proximity of the industrial area of ​​Priolo has
substantially determined the environmental conditions of the site. In fact, currently the waters, the ground and the air are highly polluted. This influenced in
determining way the natural vegetation by altering its balance. The plant communities are currently reduced to a few floristically very strips
impoverished and of little naturalistic value. The bioclimate is part of the sub-humid thermo-Mediterranean.
4.2Quality and importance
Despite its limited size and despite being surrounded by a vast industrial area, the site hosts a rich and complex birdlife community. It
assumes great value and importance during the autumn migration of the Charadriforms. The highest known concentrations for the island are recorded for
regarding the passage of the Greater Tern. The concentrations of shorebirds are common, among these there are rare species such as the Godwit.
The area was spontaneously occupied by the Gallinule reintroduced in Sicily between 2000 and 2003.The site for many species of Caradriformi represents an area
optimal, used during the reproductive cycle, or in migrations as a foraging area; for other species of Ciconiiformes and Anseriformes the territorial limits of it
reduce its importance.Under the floristic-vegetational profile it has a low geobotanical value as the area is heavily degraded due to
the pollution caused by the neighboring industrial area 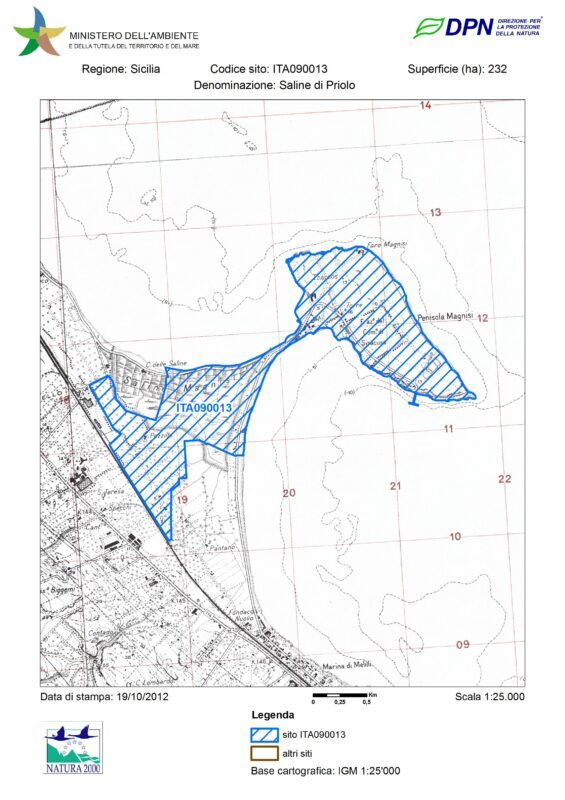 Click to see on Google Maps
Unnamed Road, Priolo Gargallo, SR
Rate it (1 to 5)
4.002
Send a notice to the publisher
Deactivate the Youzify Membership System to use the theme's login form here.