The Rocche di Entella area (557 m) falls within the territory of the municipality of Contessa Entellina, where it extends for 157,58 hectares, placing itself close to the Dam Garcia; it is quite well known because it includes a very interesting archaeological site, as well as being the seat of an integral nature reserve, whose zone A makes reference to a very interesting cave whose cavity develops in crystalline gypsum with meandering morphology. In fact, the substrates consist of outcrops of the chalky-solfifera series of the Messinian, characterizing a rather barren landscape, dominated by aspects of rocky and steppe vegetation, as well as by arable land. The bioclimate refers to the dry-subhumid thermo-Mediterranean area, with average annual temperatures above 16,5 ° C and rainfall averages between 550 and 650 mm. The potential vegetation is mainly to be referred to aspects of scrub of the Oleo-Ceratonion dominated by Olea europaea var. sylvestris, or of the Mediterranean thermophilic wood of Quercion ilicis, in particular of holm oak or deciduous oak with Quercus virgiliana. Particularly interesting are the rupicolous or semi-rupicolous aspects typical of chalky areas.

Despite being devoid of significant forest aspects, the biotope still constitutes an important oasis as a refuge area for flora and fauna, also because placed close to the environment of the reservoir of the Garcia Dam, gravitating within an area affected by an agriculture that is partly even intensive 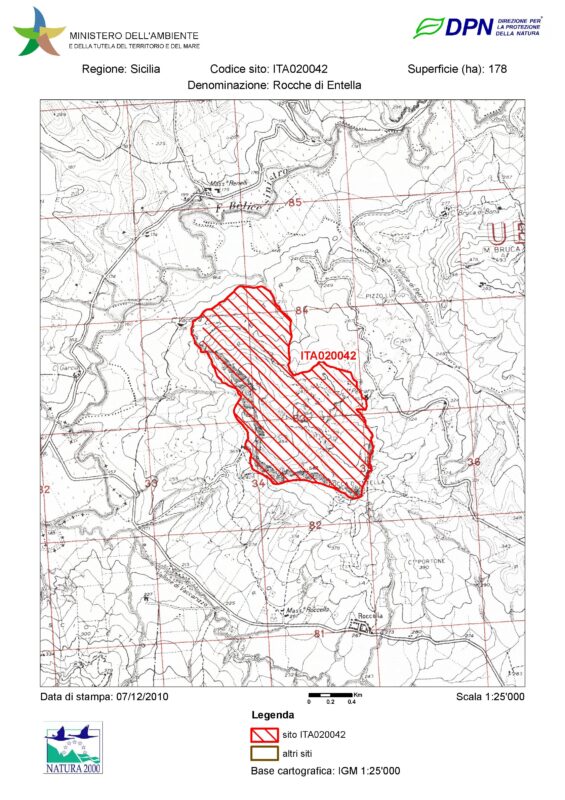 Click to see on Google Maps
Unnamed Road, Contessa Entellina, PA
Rate it (1 to 5)
0.000
Send a notice to the publisher
[contact-form-7 id="18385"]
Deactivate the Youzify Membership System to use the theme's login form here.