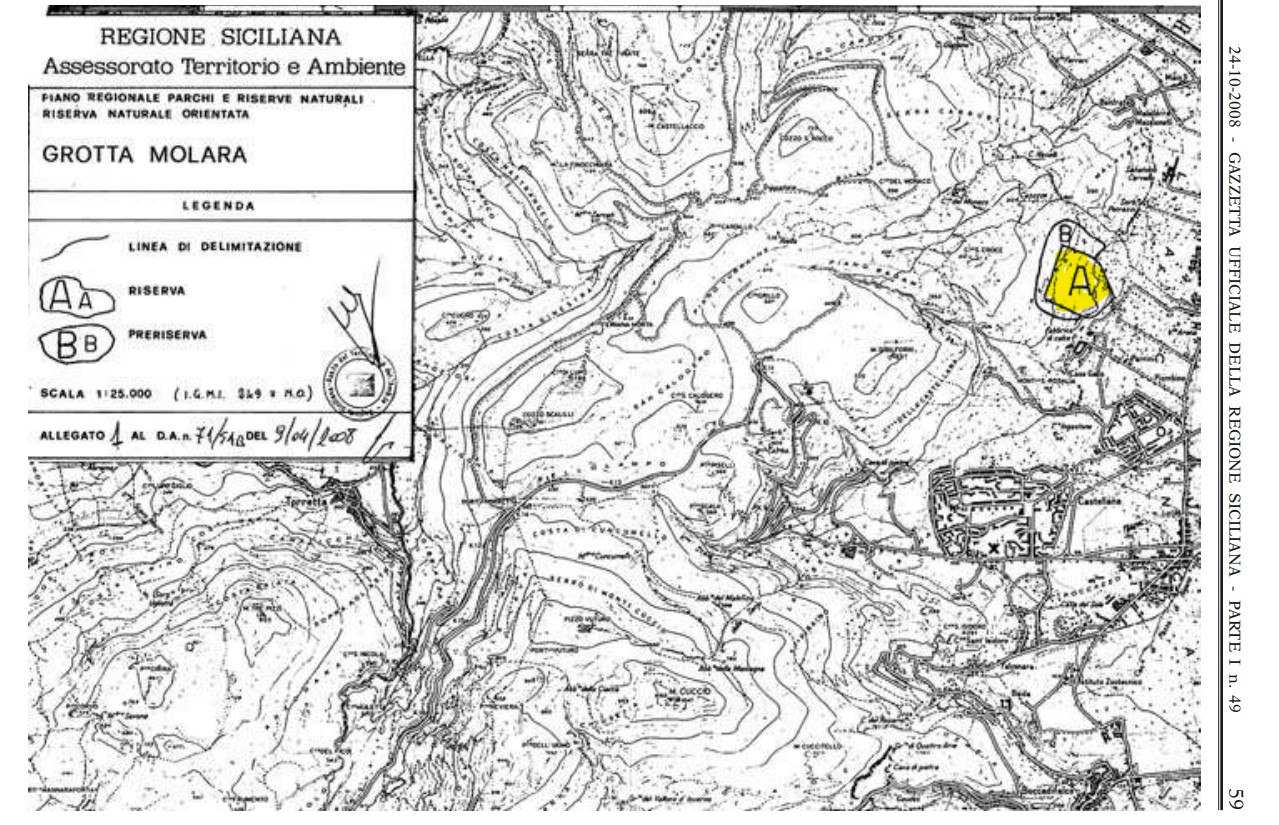 The "Grotta della Molara" Nature Reserve was established, pursuant to art. 4 of the regional law n.14 / 88 with the Decree of the Regional Councilor for the Territory and Environment of April 9th
2008, published in the Official Gazette no. 49, part I of 24.10. 2008. The nature reserve is typologically identified, pursuant to art. 6 of the regional law n. 14/88, as a nature reserve aimed at protecting the places characterized by notable karst interest - both epigean and hypogeum - due to the existence of three caves (Molara Cave, Cave of the Dead Rabbit and Cave of the Spirits "Zubbio della Molara" ) which are of paleontological importance due to the presence of remains of extinct Quaternary and paleontological fauna. The RNO “Grotta della Molara” falls on the slopes of the mountain group of Billiemi to be exact in Contrada Pitrazzi. The area, made up of the coral limestones of the Trias-Jura (Mesozoic Era), is of considerable interest for the karst phenomena that have given rise to three caves in which fossils of extinct Quaternary fauna are found and evidence of the presence of prehistoric human populations.
In the area surrounding the reserve there are signs of ancient woody crops: sparse specimens of Olive, Fig, Almond, Carob and a nucleus of prickly pears. In addition to some examples of Cypress, there are the Bambagella, the Vulneraria, the Cerinte major, the Calendula dei campi and the thorny Scarlina.
The Reserve is, however, characterized by the presence of common Bramble, Ferula, Ricino, and Sommacco. Among the fauna present in the reserve we find examples of Marten, Kestrel, Mountain Swallow, Western Green Lizard, Porcupine, White Snake and various specimens of Lepidoptera and other insects. Show less

Click to see on Google Maps
Molara Grotto, Palermo, Palermo, PA
Rate it (1 to 5)
2.673
Send a notice to the publisher
Deactivate the Youzify Membership System to use the theme's login form here.