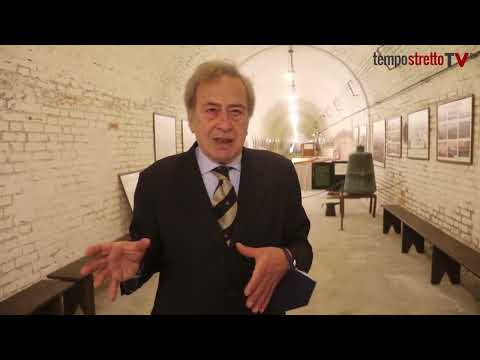 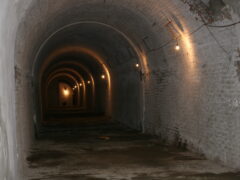 After years of neglect, thanks to a restoration that began in 2012 and completed in 2015, the former Cappellini shelter-bunker was once again made accessible to citizens and visitors. The structure, largely unaltered, as well as representing a historical container, is a direct testimony of the events relating to the Second World War. For these reasons, it represents a qualified space to bring the events of the city in the twentieth century to the attention of the general public.

The history of this important pre-existence can be reconstructed from the documents preserved in the same Museum or in the State Archives of Messina. The motivation for the military engineering work began in 1938, when in anticipation of the outbreak of the Second World War, the Ministry of War, in application of RDL n.2216/36 and Law n.1527/37, urged the Authorities premises for the construction of air-raid shelters and shelters. At the end of the Thirties, the Provincial Technical Office, as part of the city interventions, conceived and prepared a project for the construction of a collective shelter capable of withstanding the blows inflicted by large-caliber bombs, to be built behind the Alfredo Convitto Cappellini. This shelter excavated in the alluvial hill, the only one of its kind in the city, was considered the most suitable to withstand the explosions. It has an area of ​​approx. 900, and was designed to accommodate 800 people. The construction company Tricomi and Siracusano, one of the most qualified in the city, employed three teams of workers in turn for the entire 24-hour period to cope with the extremely urgent work. The traces on the internal walls, at the two entrances to the tunnel, demonstrate the existence of wall closures and watertight doors. They are precautionary works to constitute an "air chamber" where "the sprayers of anti-gas substances and other preparations aimed at neutralizing the gases that could infiltrate from the external closure" were placed (art.3 RDL n.1553 / 36). The entrances were regularly protected by anti-blow and splinter walls. The four reserved offices were also protected by gas gates. One of these is attested that it was used as a first aid infirmary right from the design stage. The order service was ensured by the PS Guardie Mobile Company whose barracks were located inside the Cappellini Convitto, pending restoration work on the damaged premises of the Zuccarello Barracks.

Since its inception, this Shelter has been set up for the anti-aircraft protection of the officials of the offices of the Province, Prefecture, Police Headquarters, Fire Brigade, UNPA (National Anti-aircraft Protection Union) and Poste Italiane (Values ​​Deposit) transferred to the premises of the "Convitto Cappellini “. This choice was dictated by a specific strategic reason: the distance and non-visibility from the sea made the building safer from naval attacks, while being close to the mountain guaranteed greater protection from air attacks. The immediate vicinity of the shelter to the building - which today houses the Liceo Scientifico Archimede - therefore allowed the various institutions that had been located there to be able to continue to exercise their institutional functions during the war and at the same time, provide assistance and shelter from bombing of the population that flocked there in times of emergency.

The functional structure for the so-called "passive defense" has a circular layout, which penetrates inside the hill. The admission gallery therefore has a double entrance. The next access to the Convitto Cappellini was usable by the institutional authorities, being able to count on the use of an operational area and four protected offices. On the opposite side, the long gallery and two halls, on the other hand, offered shelter to citizens, also being able to use the necessary toilets. As soon as they heard the sound of the warning siren, therefore, the inhabitants of the area or occasional passers-by, flocked to the bunker to stay there during the time of the air raids until the moment of the escaped danger. An indefinite time, which could last for days or weeks. (Text source: http://www.museomessinanel900.it/il-ricovero/)

Click to see on Google Maps
Boccetta Viaduct, Messina, ME
Rate it (1 to 5)
0.000
Send a notice to the publisher
[contact-form-7 id="18385"]
Deactivate the Youzify Membership System to use the theme's login form here.