Other Monuments
Catania
Ratings, Comments and User Experiences
Rate it (1 to 5)
0.000
Location
25 Via San Calogero

Via San Calogero (near Piazza Currò). The well is part of a series of public fountains built in 1621 at the behest of Don Francesco Lanario, Duke of Carpignano, general superintendent of the fortifications, who, as part of a general restoration of the defensive structure of the city, also wanted to rearrange the area of ​​the source. The waters of Gammazita were thus harnessed and joined to those of the Amenano, creating a series of public fountains. Following the lava eruption of 1669, the source was buried under a 14-meter layer of lava, but its importance in the life and economy of the city meant that it was brought to light as early as the mid-XNUMXth century.
At present, Il Pozzo di Gammazita opens into a courtyard, among nineteenth-century land houses. Access is via a staircase of sixty-two steps, distributed in five flights, interrupted by landings covered with lava stone and Sicilian terracotta, which lead to a level of about 12 meters below street level.
At the base of the staircase there is a narrow space, also paved in Sicilian terracotta closed by a residual section of the sixteenth-century curtain wall: here the spring water flowed, in a basin over which the imposing lava mass hangs.
This well is linked to a legend:
The legend tells of a girl from Catania named Gammazita, beautiful and of great virtue. A French soldier fell in love with her, but whose advances were despised by the young woman, who was already engaged to a boy named Giordano. On the day of her wedding, while Gammazita was going as always to fetch water, the soldier violently attacked her and the girl, seeing herself precluded from any way out, preferred to throw herself into the nearby well rather than give in to dishonor. Giordano, learning of what had happened, retaliated by stabbing the soldier to death. The death of the girl and her virtue were taken as an example of the patriotism and honesty of the women of Catania, while the iron deposits that created red stains on the walls of the well were traditionally explained as traces of Gammazita's blood.

Another legend has it that the name Gammazita was born from the union of two words Gemma and Zita (girlfriend) from the name of the nymph Gemma with whom Pluto fell in love, unleashing Proserpina's jealousy who transformed it into a source 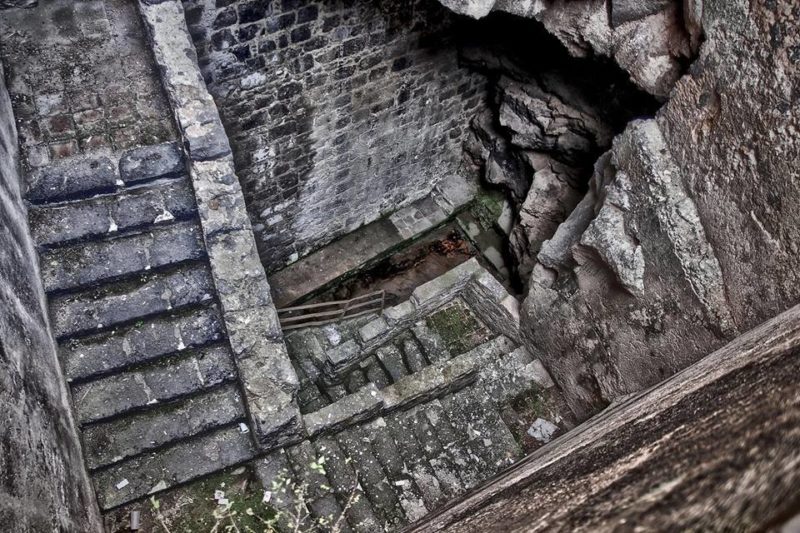