Featured Valley of the Temples
Agrigento
Ratings, Comments and User Experiences
Rate it (1 to 5)
0.000
Location
Via Giuseppe la Loggia

Archaeological and Landscape Park of the Valley of the Temples 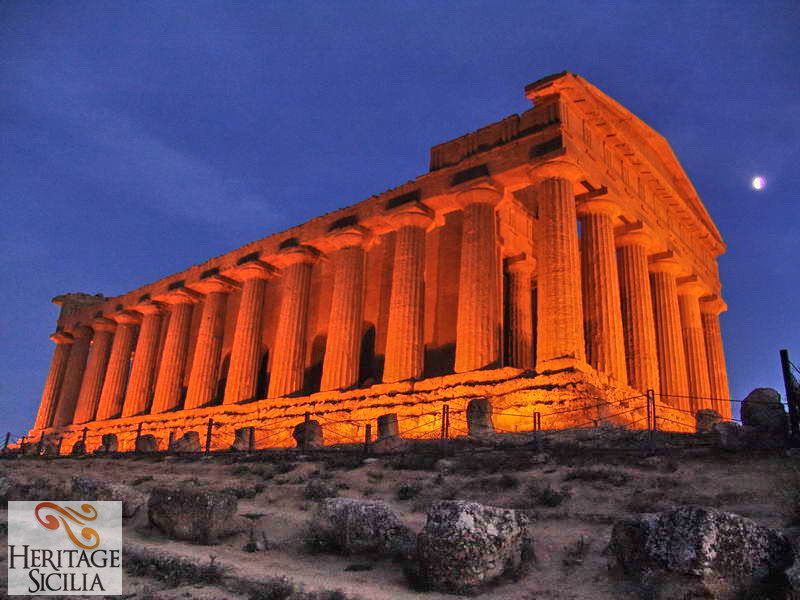 Unesco site Valley of the Temples
Year of inclusion in the World Heritage List: 1997

Brief description of the site

The Greek colony founded in the sixth century BC has become one of the main cities of the Mediterranean basin. The remains of the magnificent Doric temples that dominate the ancient city, a part of which is still buried and intact under modern fields and orchards, testify to its supremacy and pride. A series of careful excavations in the area have shed light on the Hellenistic and Roman city and the burial practices of the early Christian inhabitants

The criteria adopted by Unesco for the inscription of the site in the World Heritage Site:

The Committee decided to enter the area on the basis of criteria (i) (ii) (iii) (iv) considering that Agrigento was one of the largest cities in the Mediterranean area, and has been preserved intact in exceptional conditions. The Doric temple complex is one of the main examples of Greek art and culture.