Palazzo Cosentini is located on the corner between Corso Mazzini and Salita Commendatore, its construction dates back to the seventies of the 700, on the initiative of Baron Raffaele Cosentini, with a rectangular plan, spread over three levels. The building is clearly visible from Piazza della Repubblica where the SS Anime del Purgatorio Church is located.

Palazzo Cosentini, is the classic example, typical in south-eastern Sicily, in which the shelves under the balconies have sculptural features with exceptional figurations both for the themes and for the figures shown, often grotesque and with the clear intent to amaze the passer-by. The result is that the facades of buildings often become undeniable elements for enhancing the urban environment. In Ragusa, other examples are given by the facades of Palazzo La Rocca, Palazzo Bertini and Palazzo Zacco; In Scicli, to stay in the Ragusa area, the facades of the Beneventano palace in Scicli, one of the best known examples in Sicily of grotesque representations, should be remembered.

The entrance to the building is located on the slope of the Commendatore, one of the main streets when Corso Mazzini did not yet exist; it has two half-pillars, now corroded, and a large cornice.

To the right of the entrance door, on the second floor, a balcony with five corbels underneath, each consisting of two superimposed subjects probably linked by a symbolic meaning. The level below is made up of grotesque masks, some of them with animals in their mouths (toads, snakes and geckos). The upper level is made up of human figures, in the center a mother with child, on the sides two figures with a cornucopia, testimony of abundance, and, at the ends, two female figures with bare bust. 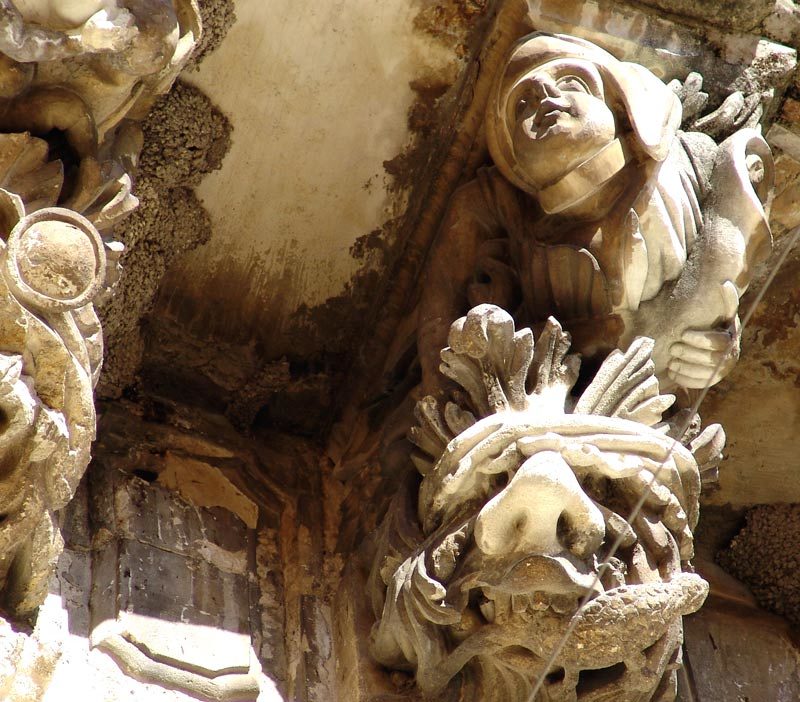 The side elevation, which overlooks Corso Mazzini, has three balconies, also with corbels characterized by grotesque masks surmounted by human figures. The first balcony from the left is characterized by figures representing a group of wanderers. The central figure seems to have a theatrical script, those on the sides musical instruments (zufoli, mandolins and drums). Under each figure the usual deformed mask. The central balcony represents female figures loaded with fruits and cornucopias, symbols of abundance and wealth. The third balcony, in addition to the usual masks, presents human figures who seem taken from everyday reality: a man with a flask on his shoulders, a flask player, a squire, an acrobat and a female figure who offers her breasts uncovered. 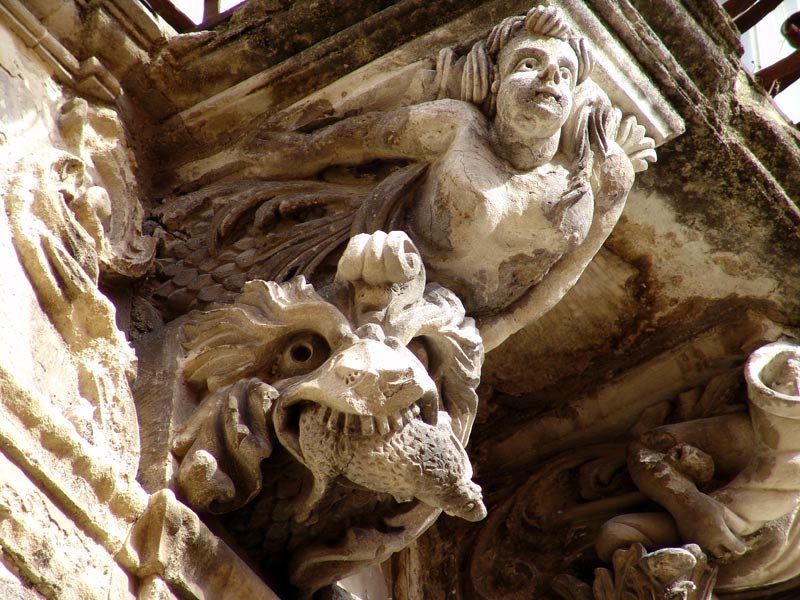 Salvatore Boscarino is convinced that the balconies of Palazzo Cosentini had a theatrical setting. In his book "Sicilia Barocca" he states:

“… The fact that these images were made for observation from below and in movement is demonstrated by the fact that they do not respect any axis of geometric symmetry, but are generally modeled according to rotations of the figures that allow more comfortable appreciation from below. In these cases, the facade is no longer just a surface for < >, as for a continuous party, but it has a specific function: it must amaze, amuse or perhaps terrify the traveler ... "

On the corner of the building towards the square there is a statue of S. Francesco di Paola, protector of travelers, walking on the water.

On the edges you can also see some pilasters ending with capitals enriched with typically Baroque decorations. 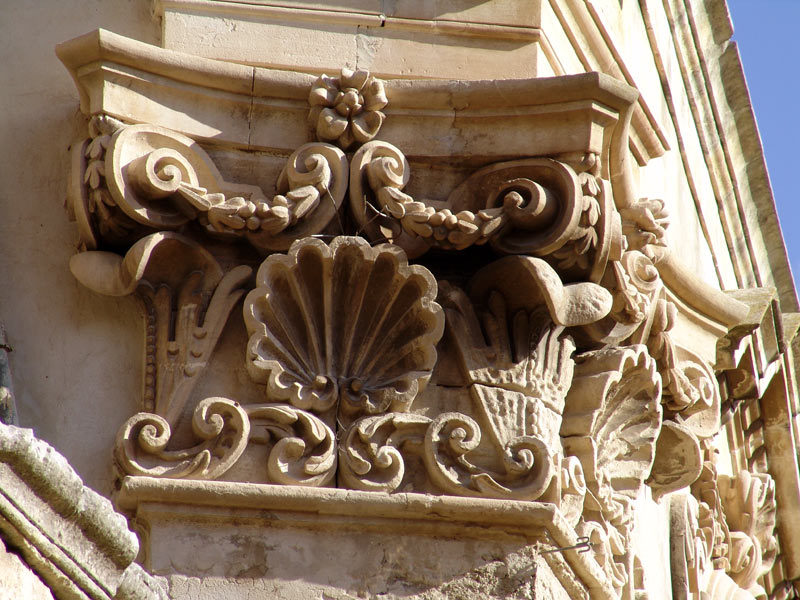 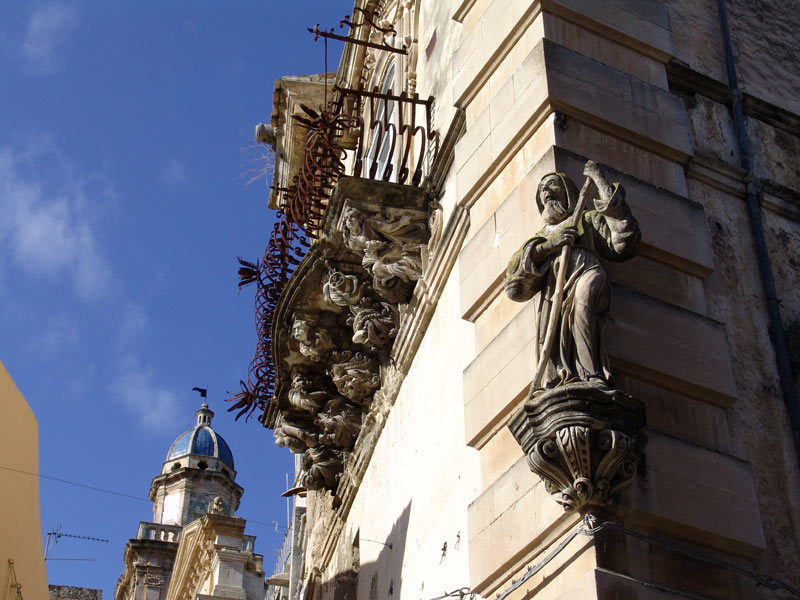 Go to the home page of: Ragusa on the Net

Click to see on Google Maps
Ascent Commendatore, 12, Ragusa, RG
Rate it (1 to 5)
2.605
Send a notice to the publisher
[contact-form-7 id="18385"]
Deactivate the Youzify Membership System to use the theme's login form here.