At Sgadari Palace. Spread over four rooms, the museum is divided into two sectors: didactic and topographical. The name of Gangi has always appeared in archaeological literature for having been connected to the ancient Engyon, the mythical city of Cretan foundation mentioned by Diodorus Siculus and famous in antiquity for the temple and the cult of the Goddesses.
Although no archaeological discovery has ever been reported within the urban center, there is, however, a rich and unexplored heritage of ancient testimonies in the district which legitimizes the inclusion of Gangi in archaeological maps and undoubtedly deserves the interest that, finally , in recent years it has been attributed to him.
The findings ranging from the Archaic to the Paleochristian age see in the most important cases finds that are dated between the seventh and sixth centuries. BC The other two floors of the building present: on the first the Gianbecchina Art Gallery, which since 2001 houses the works donated by the great Sicilian Master, author of the "Cycle of Bread", to the Municipality of Gangi; and to the second the Museum of weapons, also this arose following a donation by the master Giuseppe Franco to the Municipality of Gangi (2007).

Source card: Site of the Municipality of Gangi 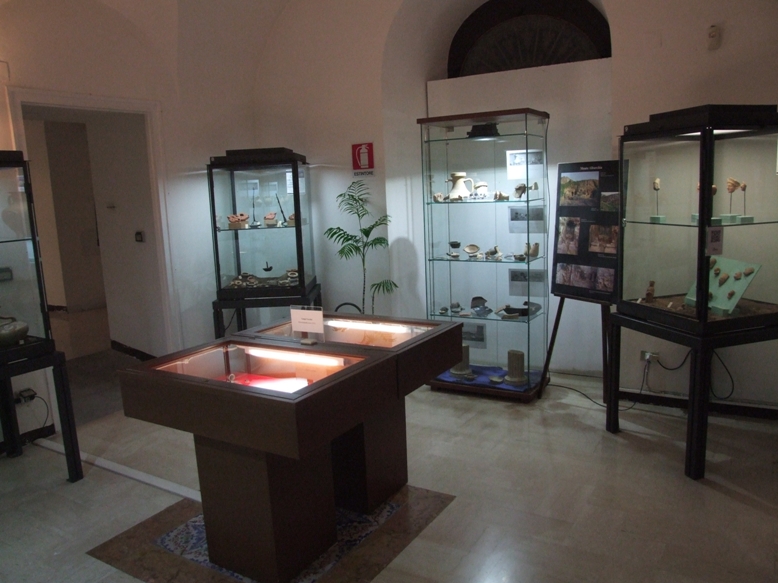