The Sicani Mountains constitute one of the areas of greatest naturalistic-environmental value of the whole island, even if the deforestation of the past centuries has allowed the survival of only a part of the forest cover of the past. However, it is an area of ​​considerable flora, fauna and phytocenotic interest, with various peculiar aspects of vegetation, in which a high number of endemic plant species and / or of significant phytogeographic interest are represented, several of which are exclusive. The species listed in section 3.3 and indicated with the letter D refer to other entities that are somewhat found in Sicily rare, whose presence in the territory in question is in any case considered to be of significant phytogeographic interest. Numerous species are also present in the territory animals of inestimable importance at national and European level. The district also represents a link of great interest for the whole region, acting as a link between the large regional parks of northern Sicily and the mountains of Palermo to the north, and the southern coast system. dei Sicani until a few decades ago was considered the Italian territory with the highest density of species of birds of prey. Today, some species having disappeared, it is from check if it still maintains its leadership while still hosting a good number of them. The mammalofauna and the herpetofauna are also rich in species. There are numerous also the species of endemic insects present which considerably raise the value of entomological biodiversity, also considering the numerous rare entities and threatened. 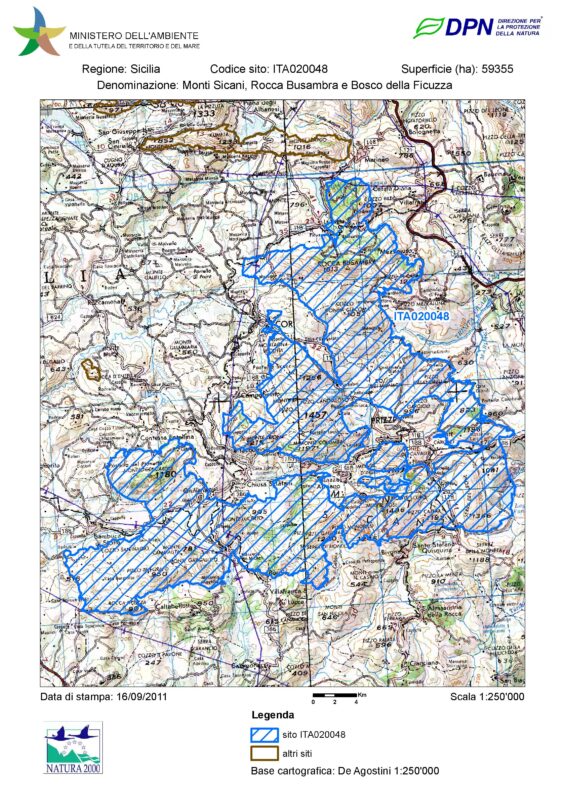