This site coincides with a coastal mountainous relief of essentially Miocene calcareous nature at altitudes between 50 and 570 m. The top part is
more or less flat and is furrowed by numerous gullies bordered by more or less developed rocky walls. The bioclimate is part of the thermo-Mediterranean
sub-humid. Well developed and extensive are the forest formations represented by evergreen woods with Quercus ilex, both of the thermophilic type, located above all
in the more exposed and ventilated stations, than mesophilic, circumscribed to the bottom of the valleys. Strips of woods are also found with Quercus virgiliana and Olea oleaster, which
they prefer flatter surfaces with more mature soils. Aspects of scrub can be found in open and sunny rock stations or semi-rupestrian stations
Euphorbia dendroides, while in the cooler and shady areas there are very peculiar formations characterized by rare or endemic species, such as
Urtica rupestris, Aristolochia altissima, Scutellaria rubicunda, etc. On the rocky walls instead a chasmophilous vegetation settles in Putoria calabrica and Dianthus
rupicola. Also frequent are the garrigue with Sarcopoterium spinosum, Phlomis fruticosa and Salvia fruticosa, as well as the perennial herbaceous grasslands at Hyparrhenia
hirta or to Ampelodesmos mautitanicus.
4.2Quality and importance
It is an area of ​​considerable naturalistic and landscape value, both for the presence of rare or endemic species, and for the location within it of
forest formations still well preserved and quite diversified from a physiognomic-structural point of view. Some of these formations have now disappeared or
which have become quite rare in the rest of the Hyblaean territory. It is also noted the presence of a rich contingent of species of a certain geobotanical interest, some of the
as mentioned in the list in section 3.3 (D). It hosts an avifauna of particular importance, especially as regards the Raptors among which it is
to mention the Lanner, always very rare species that is present with a couple. Another relevant presence is that of the Sicilian rock partridge. Considerable interest
also covers the invertebrate woodland fauna, rich in Sicilian endemics, sometimes known only for a few localities in the Hyblean region and that linked to xeric and
subxerici of the garrigue which includes many rare species and stenotopes 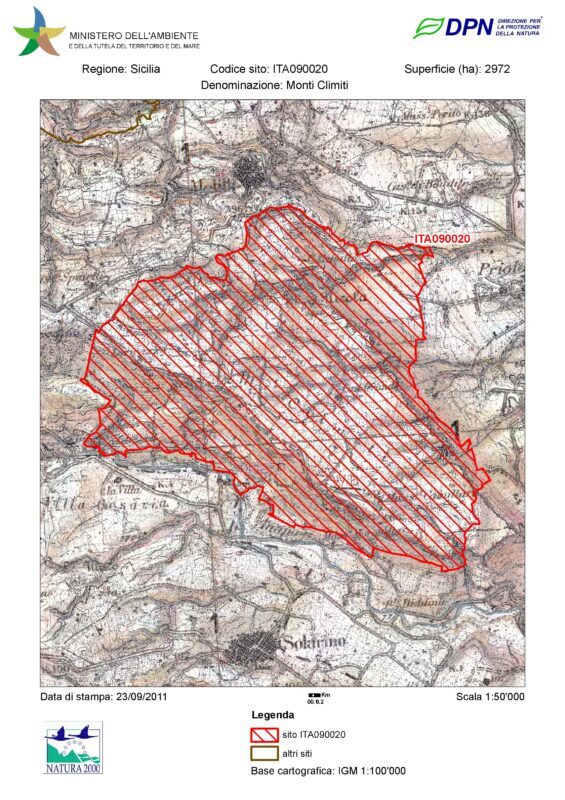 Click to see on Google Maps
Provincial Road 76, Priolo Gargallo, SRMelilli, SRSortino, SR
Rate it (1 to 5)
1.002
Send a notice to the publisher
Deactivate the Youzify Membership System to use the theme's login form here.