The SAC includes the imposing carbonate relief that rises close to the north-central coast of Sicily, south-east of Termini Imerese, also affecting the territory of the municipalities of Caccamo and Sciara. From an orographic point of view, the area culminates in the summit of Monte San Calogero (1326 m), with several other peaks arranged as a corollary, such as M. Stingi (799 m), Cozzo Gattaccio (838 m), M. Rotondo (919 m), Rocca di Mezzogiorno (1040 m), Rocca Acqua Partridge (1126 m), Cozzo Querce (878 m), M. Pignatazzo (1028 m), M. Presepio (m 957), MS Nicasio (m 1051), M. dell'Uomo (m 1136), etc. It is about substrates belonging to the Imeresi Units, consisting of both calcareous-marly and siliceous deposits, aged between the Upper Trias and Oligocene, which they emerge from soils in pelitic-arenaceous facies of the Numidian Flysch (Upper Oligocene-Lower Miocene). From the bioclimatic point of view, most of the territory is between the thermo-Mediterranean (sub-coastal area and more arid slopes) and the mesomediterranean (higher areas), with ombrotype subhumid (average rainfall of 650-850 mm); the cacuminal area is excluded, tending towards the supramediterraneo. The vegetal landscape of the territory it is affected by the intense uses of the past and by frequent fires, for which the prairie aspects in Ampelodesma dominate, mixed with other aspects of nature secondary, while the residual forest aspects are more sporadic. The vegetation is mainly to be referred to the Leccio series (especially the Aceri campestris-Querco ilicis sigmetum), which plays a pioneering role on calcareous rocky substrates; in more circumscribed areas of the driest slopes it is represented also the Olivastro series (Oleo-Euphorbio dendroidis sigmetum). On the deeper soils there are serial areas pertaining to deciduous oaks or Pedicellated willow (Ulmo canescentis-Salico pedicellatae sigmetum), the latter tied to the banks of watercourses. To the aforementioned sigmetes are also from add various other micro geoseries linked to particular edaphic conditions, as in the case of rock walls, detrital areas, humid environments, etc.

It is an area of ​​considerable floristic-phytocenotic interest, with partly peculiar aspects of vegetation, as in the case of rock communities or grasslands. at high altitudes, in which a large number of endemic plant species and / or of significant phytogeographic interest are represented. The species listed in the section 3.3 and indicated with the letter D refer to other entities that are quite rare in Sicily, whose presence in the territory in question is in any case considered of significant phytogeographic interest. The promontory of Monte San Calogero is also a site of great importance for migratory species. Hosts also rare species of falconiformes and mammals 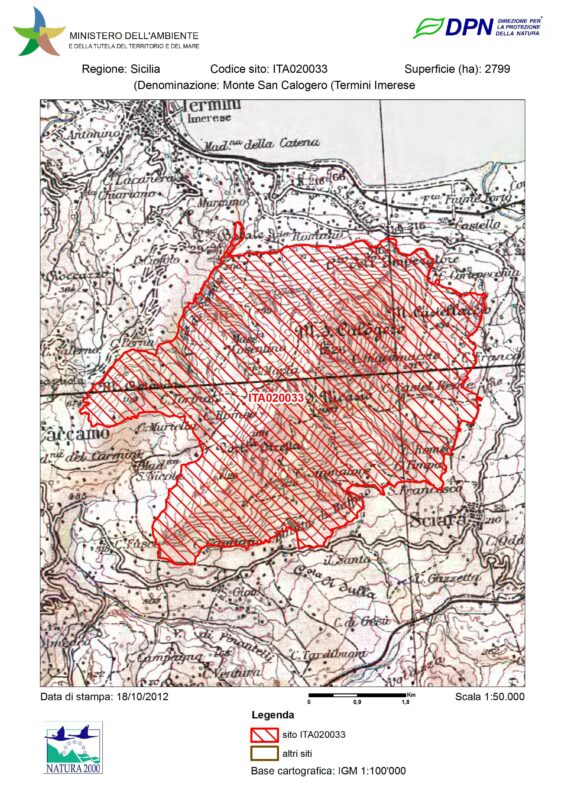 Click to see on Google Maps
Unnamed Road, Termini Imerese, PACaccamo, PASciara, PA
Rate it (1 to 5)
1.001
Send a notice to the publisher
Deactivate the Youzify Membership System to use the theme's login form here.