The area, extended for 3024,55 hectares, covers the territory of the municipalities of S. Giuseppe Jato, S. Cipirrello, Monreale, Piana degli Albanesi, S. Cristina Gela and Marineo. It falls within the carbonate ridge that characterizes the inner part of the so-called "Palermo Mountains", being located in the northernmost part of the Belice River basin, downstream from Lake Piana degli Albanesi. The same ridge is included between the villages of S. Cipirrello and S. Giuseppe Jato (to the west) and Marineo (to the east), the highest peaks of which include M. Jato (852 m), M. Pagnocco (899 m) , Serra della Ginestra (m 1099), Cozzo della Spirda (m 905), M. Kumeta, (m 1233), M. Maganoce (m 902), M. Giuhai (m 968), M. Rossella (m 1029) and Pizzo Parrino (977 m). From the geolithological point of view, the territory refers to the stratigraphic-structural unit M. Kumeta, dominated mainly by marl, limestone and calcilutite. From the bioclimatic point of view it falls mainly in the lower and upper subhumid mesomediterranean; the average temperature is between 14 and 16 ° C, while rainfall reaches up to 1000 mm (Piana degli Albanesi: 1031 mm). The plant landscape is greatly affected by the intense uses of the past and by frequent fires. Aspects of prairie in Ampelodesma and other aspects of secondary vegetation dominate, within which artificial forest plants have been carried out, through the use of conifers foreign to the territory (genera Pinus, Cupressus, etc.), which are also affected by the action of fire; the natural forest strips are very sporadic. The vegetal landscape is mainly from the Holm oak series (especially the Aceri campestris-Querco ilicis sigmetum), which play a pioneering role on the calcareous rocky substrates; on the deep and evolved soils, the series of the Virgilian oak (Oleo-Querco virgilianae sigmetum) settles, while that of the pedicellated willow (Ulmo canescentis-Salico pedicellatae sigmetum) is located along the waterways. Various other micro-geoseries linked to particular edaphic conditions must also be added to the aforementioned sigmetas, such as in the case of rock walls, detrital areas, humid environments, etc. 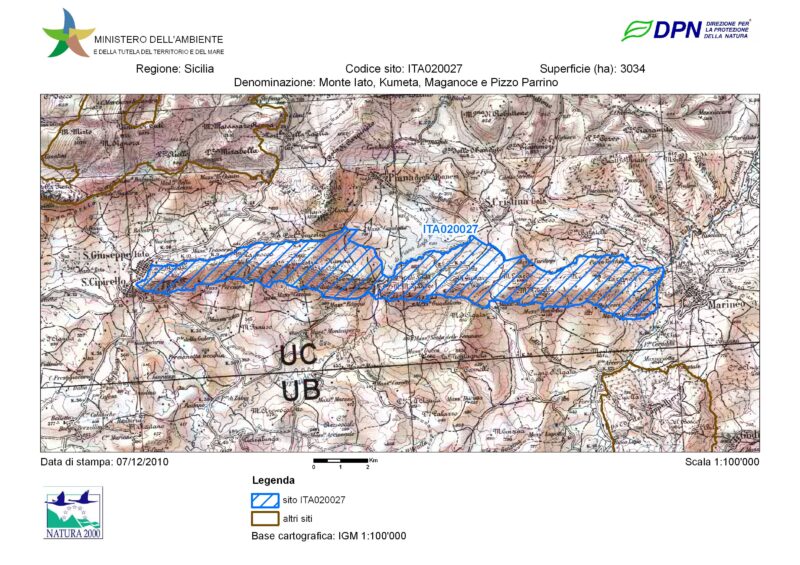