The following is an excerpt from the sheet "Cronos - Saturn"  taken from the book "Cults and Myths of Ancient Sicily" by Ignazio Caloggero.

The Genius of Palermo is considered the secular symbol that represents the civic virtues and the identity of the people of Palermo in its different social classes, in a certain sense, for the Palermo people it represents a sort of secular god of happiness and independence and is often put in contrast with Santa Rosalia. He is depicted as a mature man with a split beard, crowned and embraced by a snake feeding on his chest.

An anonymous manuscript, preserved in the Municipal Library of Palermo, perhaps from the end of the 500th century, relates the Genius of Palermo with Saturn (Cronos) in fact it represents the Genius as the representation of "Saturn, god of earth and time, father of times and father of gods and men ”[Giuseppe La Monica: Mystery Sicily p.58]. Another element that connects Cronos with the Genius of Palermo is the phrase "suos devorat, alienos nutrit" ("devours his children and feeds strangers"), engraved in the rim of the basin of the statue of the Genius placed inside Palazzo Pretorio. In fact, cronos devoured their children as they were born.

According to the myths handed down by Ovid in the XNUMXst century BC and Pausanias in the XNUMXnd century AD it symbolized the genius loci or the metamorphosis of the male figure. In the interpretation of Vincenzo Di Giovanni, from the first quarter of the seventeenth century, the bearded and crowned man is Palermo, the snake is instead Scipio the African, helped by the Palermitans in the war against the Carthaginians by Hannibal For gratitude Scipio would have given the city a conca aurea, with a statue of a warrior in the center who fed a snake from his chest

The places of the Myth of the Genius of Palermo have been entered by the Region of Sicily in the LIM Register (Places of Identity and Memory of Sicily), sector of Places of Myth and Legends 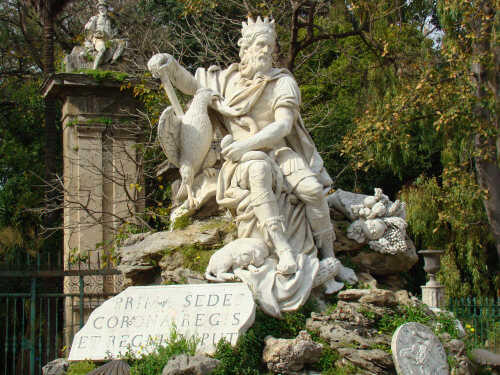 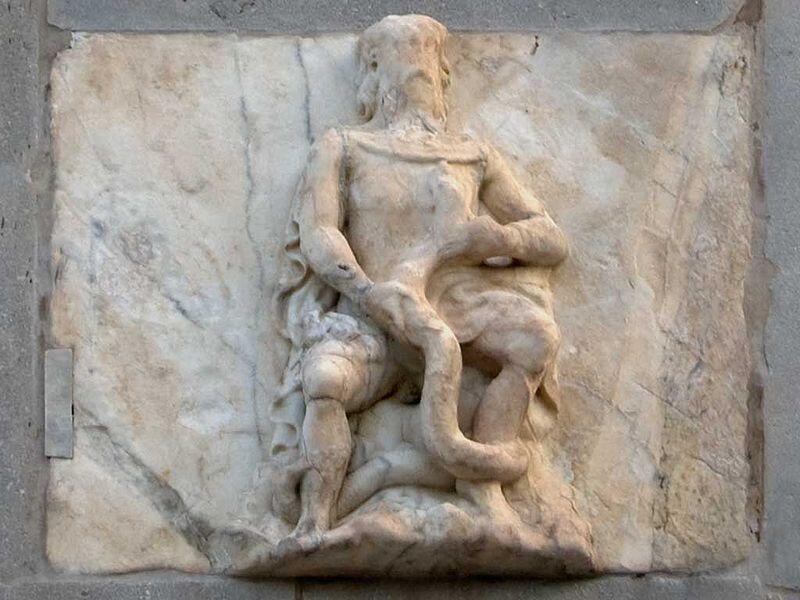 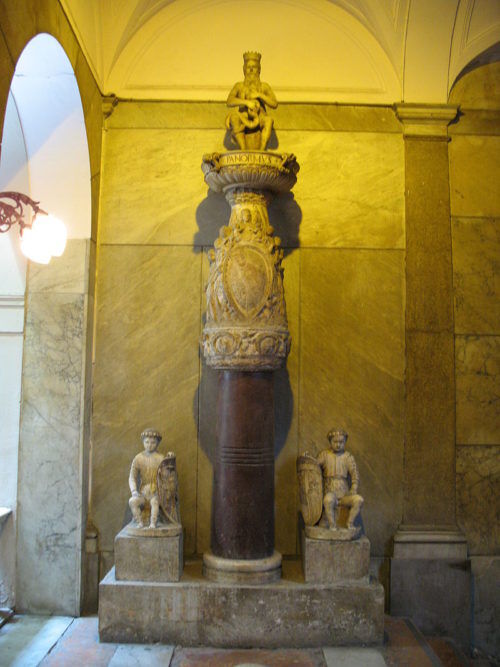 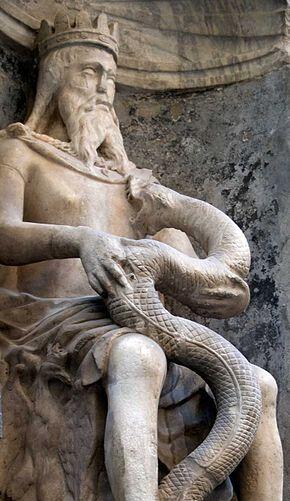 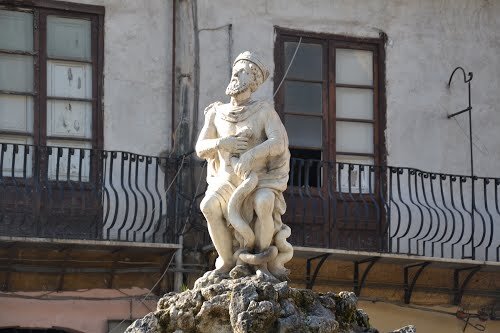 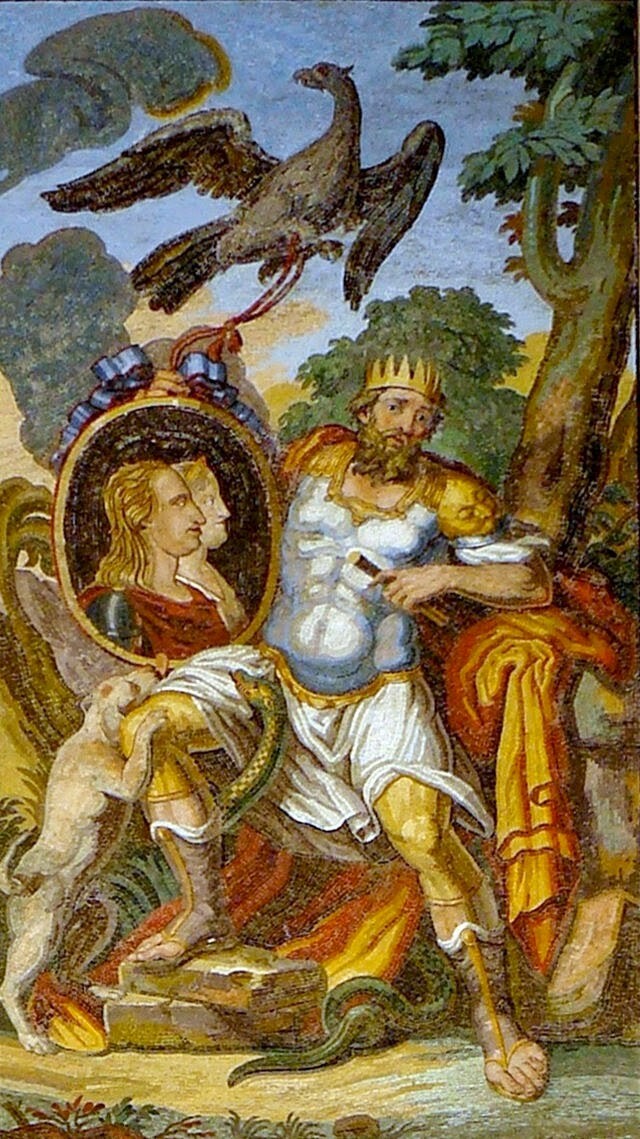 Other representations not included in the IWB: 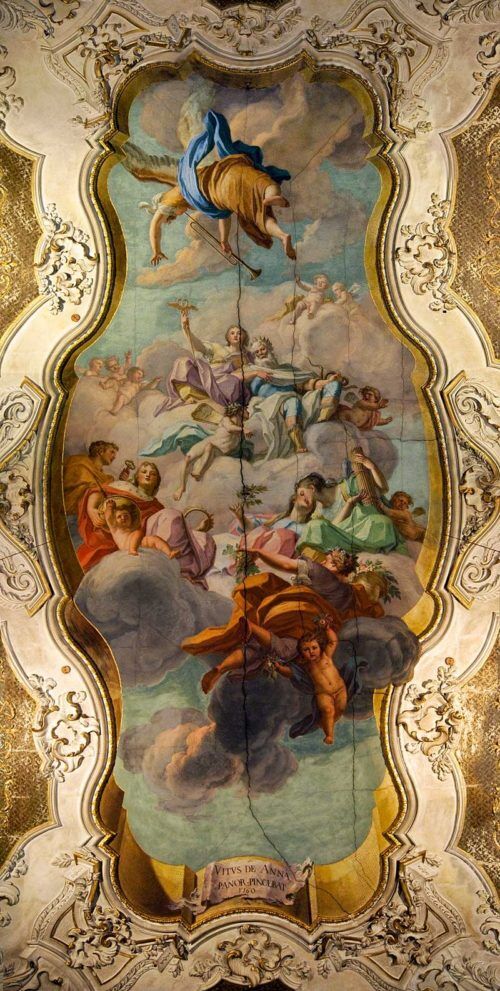 Genius of the Apotheosis of Palermo