Myth of the Argonauts

Well included in the IWB register of the Sicily Region (Places of the Sacred) - Sector "Places of myth and legends" in the following sub-category: Places of heroes and heroic legends.

The Argonauts were a group of fifty-two Greek heroes, including Heracles, who, under the guidance of Jason, embarked on the journey aboard the ship Argo that led them to the lands of Colchis, to conquer the Golden Fleece.
During the journey, the Argonauts then skirted Sicily, where they saw Helios grazing his fabulous flock. In fact, it is said that Helios owned seven herds of oxen, representing the seven days of a week, and seven flocks of sheep, representing the seven nights of a week. Each herd and each flock consisted of fifty heads. 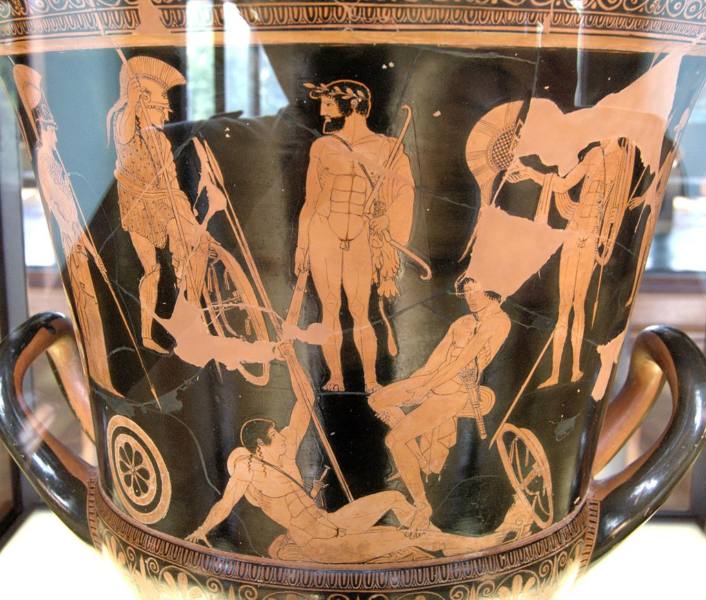 Heracles at the meeting with the other Argonauts. Attic red-figure krater 460-450 BC (Louvre) (Source Wikipedia9

Visit Data Maps Heritage: Set of databases of Sicilian and Maltese Cultural Heritage and to know other databases (nature, baroque, archeology, material assets and much more)