Agrigento  Favara
Other Monuments Mines and Quarries
Ciavolotta mine 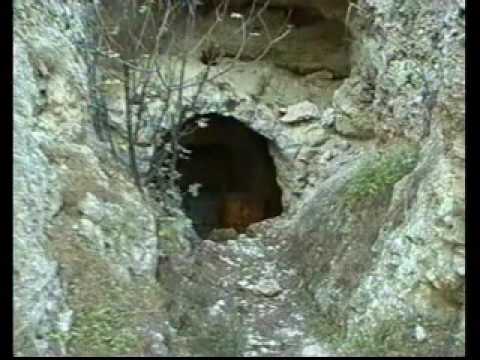 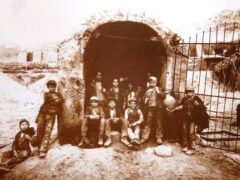 La surfara Ciaulotta (in Sicilian language) or Ciavolotta o Ciavolotta mine (in Italian) was a sulfur mine located in the province of Agrigento, located on a hill, between Favara and the Villaggio Mosè, which is a fraction of Agrigento. The first property belonged to Cafisi Paolo and heirs, it was one of the major sulfataras in the Agrigento mining area. The solfatara was already active in 1839, it was subsequently abandoned[1] but since 2010 it has been involved in a conversion intervention into a mining park for greater tourist and scientific use.

Discovered in 1891, in the province of Agrigento, it is about 20-25 meters deep and has roughly the shape of a lens. The position where it is located is characterized by its vast hilly course, marked for a stretch by the Naro river. The hill, at the beginning almost flat, rises up to 240 meters and is of a chalky-limestone character. Even today, inside what remains of the plant there are remains of Gill ovens resting on a large rocky relief. Mining activity is evidenced both on the surface and in depth by the presence of different areas where there is an accumulation of slag extracted from the mine and then melted. Other testimonies are the smelting chimneys, the remains of Gill furnaces, lifts from the mine and for the processing of sulfur, a limestone and ancient entrances, especially along the plaster walls.

The underground, very articulated, presents the geological formation of the so-called zubbie, that is particular minerals of remarkable scientific nature that make this mine unique in the world. The zubbie appear as large cavities full of almost pure mineral and surrounded by large areas of gypsum and amorphous mammellonare sulfur which in color and transparency is similar to amber. The inclined plane where it lies and the archaeological-industrial devices have made this mine an ancient technology that makes it unique and that is found as inspiration in some indelible pages of Luigi Pirandello.

Click to see on Google Maps
Unnamed Road, Agrigento, AGFavara, AG
Rate it (1 to 5)
3.297
Send a notice to the publisher
[contact-form-7 id="18385"]
Deactivate the Youzify Membership System to use the theme's login form here.