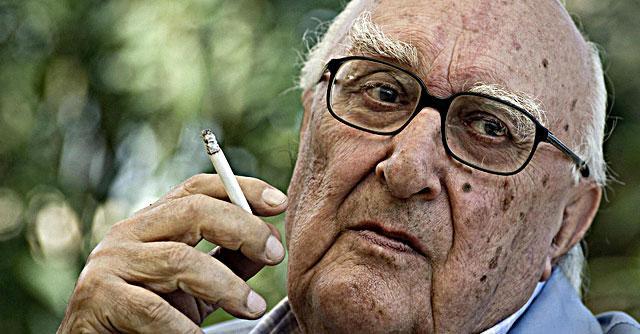 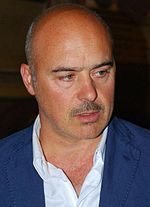 Much of the series is shot in the province of Ragusa, despite the places described by Andrea Camilleri in his novels are the transposition of localities in the Grigentino territory (Vigata is Porto Empedocle, the capital Montelusa is Agrigento); the exteriors of some episodes, such as that of la Mànnara (the Fornace Penna), were shot in Sampieri, the Vigata police station building is the town hall of Scicli. Some scenes of the first and fifth season were also shot in the province of Trapani (Custonaci and the Egadi islands).

Other sequences were filmed in the squares of Ragusa Ibla, Modica,  Donnafugata castle, at the port of Donnalucata, in the countryside of Ragusa (Chiaramonte Gulfi) and Syracuse, a Marina di Ragusa, Comiso, Santa Croce Camerina, Vittoria, Scoglitti, Brucoli, and in other sites of south-eastern Sicily.

The seaside hotel where Montalbano is hosted on the island of I raise, in the episode The sense of touch, is actually the trap of Scopello, located on the edge of the Zingaro reserve, in the north-western extremity of the Sicilian region.

Note : The population of the cards of the Heritage database proceeds in incremental phases: cataloging, georeferencing, insertion of information and images. In order to enrich the informative contents, further contributions are welcome, if you wish you can contribute by providing information and / or images also through the facebook group "Heritage Sicily"

N. Prog. 201
Bene: Literary and cinematographic places of Montalbano
Book: REI - Book of celebrations
Approval date: 16-10-2014
Category: Symbolic spaces
Province: Ragusa
Location: Provincial territory
Municipality: Ragusa
Technical Information
The film adaptations dedicated to the investigations of Commissioner Montalbano, taken from the stories of Andrea Camilleri, have disseminated and exported important aspects of Sicilian culture, making known places in Sicily, for various aspects of considerable beauty and cultural interest, today a destination for visitors.
Displayed and documented through a skilful direction, these places, together with typical aspects of Sicilian identity and culture, have become a memory present in the imagination of Italians: real symbolic spaces in which material and immaterial events and values ​​come into play. , which pertain to Sicily and being Sicilian. The author of Commissioner Montalbano, Andrea Camilleri, has staged his stories in an imaginary world, the result of the union of the most important corners of places such as Porte Empedocle, Sciacca, Menfi and other cities of the Agrigento area. The places of the literary work (Vigata, Marinella, Montelusa, la Mannara, have been recreated by the director Alberto Sironi and by the set designer Luciano Ricceri mostly in the province of Ragusa. Other scenes were also shot in San Vito Lo Capo (TP) , Tindari (ME), Favignana and Syracuse.
Ragusa, Scicli, Modica, Comiso, Vittoria, Ispica and Santa Croce are the municipalities that, together with many private residences, have enriched, with their indisputable architectural beauty, the scenography of the episodes of the successful television series, which is a concentration of colors , flavors and traditions typical of Sicily.
Notes
Andrea Camilleri was born in 1925 in Porto Empedocle, Sicily. He is universally considered one of the best Italian crime writers. His debut in fiction is in 1978, when his first book, entitled The course of things, is published for a fee: it is a failure, which in any case does not discourage Camilleri's literary ambitions. In 1980 he published with Garzanti A thread of smoke, the first of a series of novels set in Sicily between the nineteenth and twentieth centuries, thanks to which he won his first literary prize, in Gela. In 1992, after a hiatus of 12 years, he resumes writing, publishing The hunting season, for Sellerio Editore. This is the Sicilian author's first real success, later confirmed with The Shape of Water, a detective novel starring Inspector Montalbano, certainly the luckiest character to come out of Camilleri's pen. From 1995 to 2003 the works of the narrator from Porto Empedocle became a phenomenon of custom, thanks to the great success of titles such as Preston's Brewer and La mossa del Cavallo. The television series of Commissario Montalbano consecrates him to the great public, opening the doors to the vast audience of the small screen. In recent years, Camilleri's prolific writer activity has continued, with other novels centered on the figure of Inspector Montalbano (among others, La vampa d'agosto and The sand track) and other popular works such as Il tailleur grigio and Il casellante.
Author Profile: Laura Mattaliano
Click to see on Google Maps
100 Via P. Umberto, Vittoria, RG
Rate it (1 to 5)
0.000
Send a notice to the publisher
[contact-form-7 id="18385"]
Deactivate the Youzify Membership System to use the theme's login form here.