Lake originated by tectonic sinking in Pliocene formations consisting of limestone, sandy and marly banks. Dry mesomediterranean bioclimate
with average annual rainfall between 500 and 600 mm and average annual temperature 14-15 ° C.
4.2Quality and importance
Lake Pergusa, falling within the municipality of Enna, is of considerable naturalistic importance as it is the largest natural lake in Sicily. Positioned ad
an altitude of 667 meters above sea level, has an area of ​​1,4 sq km, with a maximum depth of c. 2,2 m, while the surface of the entire catchment area is 10,3 m
Kmq. It is an endorheic basin, devoid of emissaries, and the supply of water is linked to rains, limited torrential courses and springs. Not presenting emissaries the
water loss is due to evaporation, which is reflected in the high concentration of dissolved salts in the summer. The biotope presents aspects of vegetation
Hygrophilous, typical of brackish humid environments. In particular, along the banks, communities of helophytes dominated by Phragmites communis (Phragmitetum) and Juncus
maritimus (Juncetum maritimui), in areas subject to fluctuations in the water level, halo-nitrophilous communities mostly dominated by therophytes, dominated by
Atriplex latifolia, Suaeda maritima (Suaedetum maritimae), Salicornia patula (Salicornietum patulae). The lake is an important wintering biotope
of ducks and coots in Sicily. The aquatic species known for the lake represent 35% of all those recorded in Sicily. The abundance and presence of the different
species varies greatly throughout the year. In recent decades, the number of individuals surveyed during the year has been subject to wide fluctuations,
probably in relation to years characterized by low rainfall. Lake Pergusa is one of the few natural lake environments existing in Sicily. For the
its environmental and geographical characteristics are of particular importance for migratory species. Abundant are the contingents of wintering birds that
they regularly stop on the site. 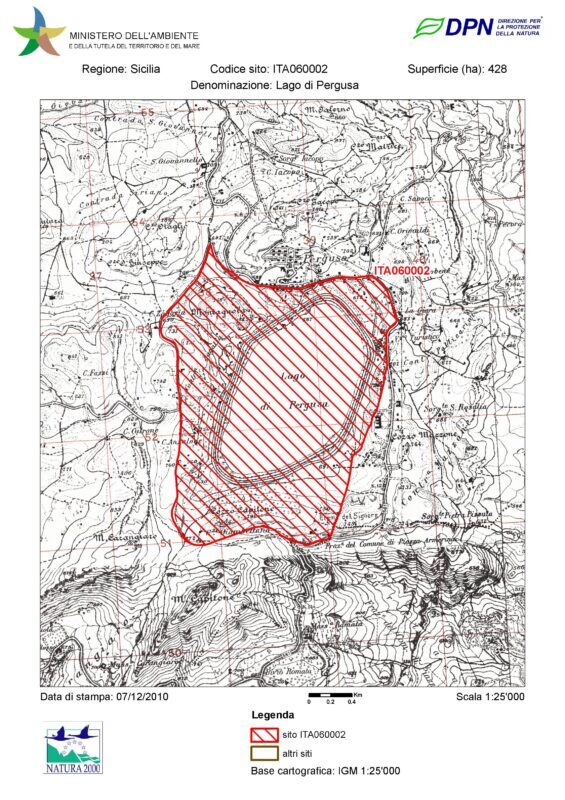 Click to see on Google Maps
801 Strada Vicinale Zagaria Lago Pergusa, Enna, EN
Rate it (1 to 5)
3.502
Send a notice to the publisher
Deactivate the Youzify Membership System to use the theme's login form here.