The island of Lipari appears to have a rather ancient origin as confirmed by the absence of well-preserved volcanic buildings and relevant phenomena of volcanism secondary. Overall, it is quite anthropized due to urban agricultural and tourist activities. Also noteworthy is the presence of an extensive quarry of pumice used since the Roman period. It is affected by a sub-humid thermo-Mediterranean bioclimate with average annual temperatures of just over 18 ° C and average annual rainfall exceeding 650 mm. The natural vegetation is on the whole rather degraded and is mainly represented by shrubs with Genista tyrrhena as well as secondary formations with Erica arborea and Arbutus unedo. There are also examples of scrub in Euphorbia dendroides and strips of wood with Quercus ilex, while pine forests with Pinus halepensis are rare. In coastal environments there are rock formations in Limonium minutiflorum and Helichrysum litoreum. In the most degraded stations, perennial grasslands with Hyparrhenia hirta and ephemeral lawns are observed. On the island they turn out moreover, both herbaceous and woody crops, such as viticultural ones, were widespread.

Lipari presents a notable interest above all in landscape due to the rugged and wild nature of its slopes. Aspects of secondary vegetation prevail which are quite widespread following the degradation processes of woodland vegetation. It is mostly of shrubs, scrub and garrigue that they often cover large surfaces. Also from the floristic point of view the island shows a certain interest due to the presence of some endemic species that they assume in some cases have a certain physiognomic-landscape value. In the territory there are also various entities that in the regional area are rare or considered of significant phytogeographic interest, in turn mentioned in the list in section 3.3 (D). The island is located on an important migratory route for birds of prey and storks which affects the same migratory flow of the Strait of Messina. The passage of passerines is also significant, especially in autumn; abundant are Turdids and Silvids. Among the passerines, the presence of Magnanina is important. The conservation status of the habitats can be considered discreetly preserved and allows to host a relatively rich fauna with some endemic species, sometimes only of the Aeolian archipelago, or only of the Lipari island (Eliomys quercinus liparensis Kahmann, 1960, Ocys beatricis Magrini, Cecchi & Lo Cascio, 1999 and pseudolateral Allotrichoma (Allotrichoma) Raffone, 2001). 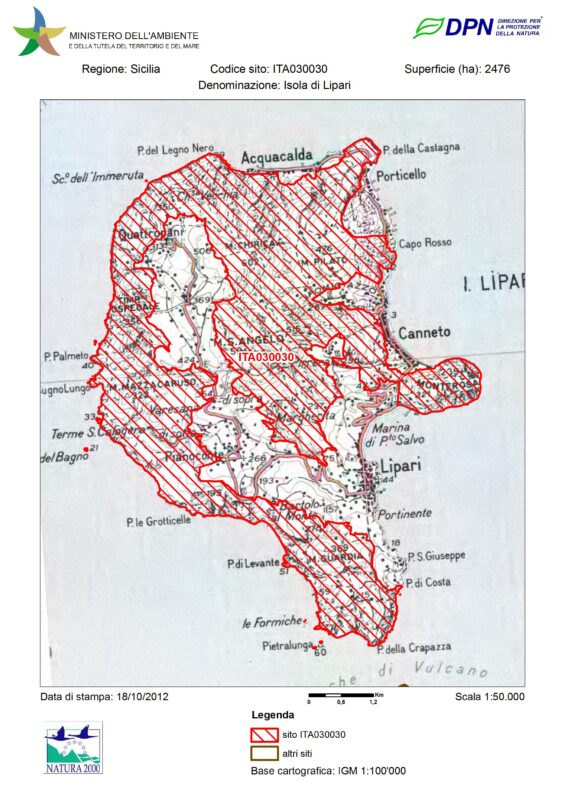 Click to see on Google Maps
Unnamed Road, Lipari, ME
Rate it (1 to 5)
0.000
Send a notice to the publisher
Deactivate the Youzify Membership System to use the theme's login form here.