The coastal strip of Taormina falls on the site, consisting essentially of Mesozoic limestone rocks, with some limited outcrops of siliceous substrates. The bioclimate is part of the lower subhumid thermo-Mediterranean. The most representative vegetation aspects of this area are the halophilous formations typical of sea ​​cliffs characterized by Limonium ionicum and Crithmum maritimum, as well as the casmophilous ones of the rock walls at Dianthus rupicola and Scabiosa cretic. There are also frequent aspects of scrub in Euphorbia dendroides that colonize the rocky ridges, replaced in the flatter areas by formations in Rhamnus alaternus and Teucrium fruticans. The steppe grasslands of Hyparrhenia hirta are quite peculiar, in which some thermoxerophilous species of North African type.

Valuable stretch of high limestone coast of great landscape and naturalistic value, subject to a strong anthropic pressure of an urban and tourist type. Here there are several quite rare species in Sicily, some exclusive to this area, which for their relevant phytogeographic interest are mentioned among the species worthy of protection and partly reported also in section 3.3 (D). The fauna is of considerable scientific and biogeographical interest. Among the species birds, the Corsican seagull, a relatively rare species that finds a particularly favorable environment in the site, also in relation to the measures safeguard to which it is currently subjected; in particular the ban on the passage of boats seems to have had very positive effects on this especially, significantly increasing their presence in recent years. On Isola Bella lives an endemic subspecies of Lizard, Podarcis sicula medemi (Mertens, 1942), deserving of strict protection in consideration of the small size of its population. Despite its small size, the site hosts one rich invertebrate fauna with many endemic and / or rare species, sometimes very localized in Sicily. 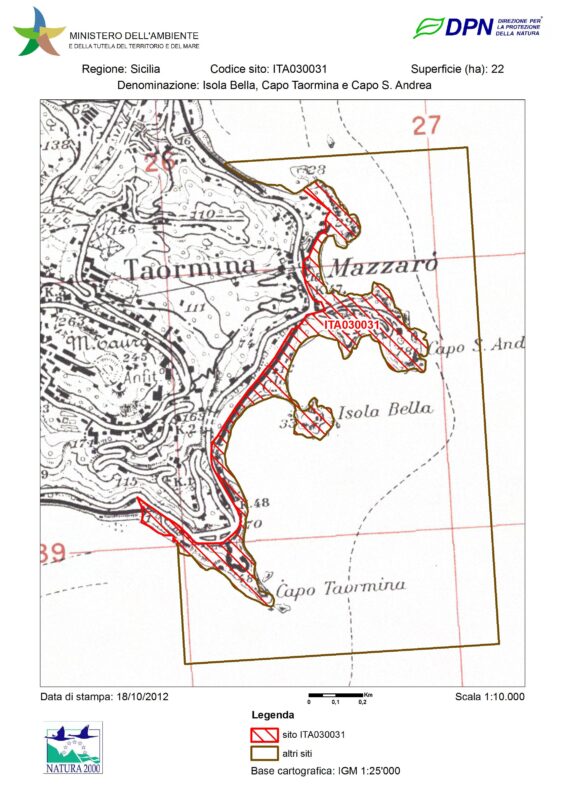 Click to see on Google Maps
109 Via Nazionale, Taormina, ME
Rate it (1 to 5)
3.205
Send a notice to the publisher
Deactivate the Youzify Membership System to use the theme's login form here.