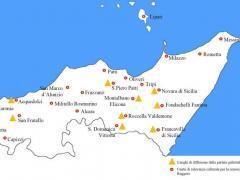 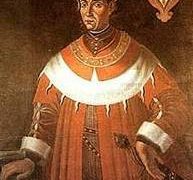 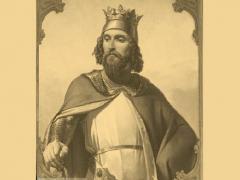 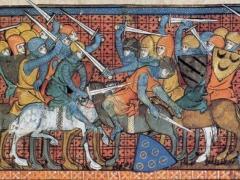 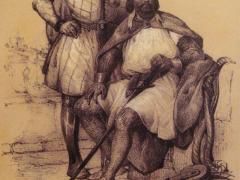 Ruggero's places
The Norman dynasty between conquests and peaceful territories compendium of acculturation and religiosity, linguistic continuity and chivalric values Roger I of Sicily, Also known as Ruggero d'Altavila, son of Tancredi d'Altavilla and brother of Roberto il Guiscardo of the Altavilla dynasty, was the conqueror and the first Grand Count of Sicily (1062). Roger began the conquest of Sicily in 1061 by taking Messina and ending the conquest in 1091 with the surrender of the Saracens of Noto. After having brought the Catholic religion back to Sicily, he placed bishops of his choice at the head of the dioceses, until he obtained (1099) the apostolic legacy from Urban II.This institution granted a lay sovereign many administrative privileges, including the possibility of managing episcopal offices and the financial assets of the dioceses

To Ruggero I the son succeeded Roger II Also known as Roger the Norman, who was count of Sicily from 1105 and king of Sicily, Puglia and Calabria from 1130 to 1154.

The places interested in the recognition of the Sicily Region, have been inserted, with decree of the Councilor for cultural heritage and Sicilian identity n. 18 / Gab. of 13 July 2016 in the regional charter of identity and memory, in the category of places of historical personalities and culture. The places are in close correlation with those linked to the recognition of the Gallo-Italic idiom that derives its origin from the Norman presence in the northern and central part of Sicily,

The places that represent centers of cultural importance for the knowledge of the places of Count Ruggero are 23: The reasons that led to the recognition of Ruggero's Places:

CONSIDERING that following the military conquest of Sicily by Ruggero d'Altavilla, which began in 1061 with the capture of Messina and ended in 1091 with the fall of Noto, the Normans freed the island from Muslim domination;

CONSIDERING that the legacy of Count Ruggero d'Altavilla in the cultural and identity landscape of Sicily, displaced from Messina to the nebroid territory, from Etna to central southern Sicily, as well as to Palermo and the surrounding areas, restores intact, in populations and ancient manors , a memory that belongs to the history of the island. conquered and populated by Gauls and Lombards who spread and assimilated their own civilization so far represented, in addition to the Gallo-Italic dialect, by the widespread presence of fortified and monastery architecture dating back to the "first conquest" (mid-XNUMXth century), deserving of unitary knowledge, protection and enhancement, constituting an identity and memory of customs, religious and linguistic traditions;

CONSIDERING that the significant traces of the conquest and civilization path desired by Count Ruggero are still preserved today, safeguarded with centuries-old continuity and conceptually enhanced by the communities concerned;

CONSIDERING that in the various localities concerned significant elements of this heritage are identified, united in forms of customs, expressions, celebrations, behavioral ways, agricultural and food practices;

CONSIDERING that it is necessary to ensure over time the most suitable conservation and use, also at the didactic level, of the values ​​underlying the civilization of which Count Ruggero d'Altavilla was the bearer in the territories of conquest and peaceful permanence, strongly imbued with Christian religiosity;

The inclusion in the list of Places of Identity and Memory, in the category of Places of Historical Personalities and Culture of I Places of Ruggero - The Norman dynasty between conquests and peaceful territories compendium of acculturation and religiosity, linguistic continuity and chivalrous values right identification in Annex 1 to this decree. Annex 1 to the Decree