LIM: Register of Places of Identity and Memory Places of the Tale
Sicily
Ratings, Comments and User Experiences
Rate it (1 to 5)
0.000
Location
Provincial Road 41

The places of the literary tale by JW Goethe 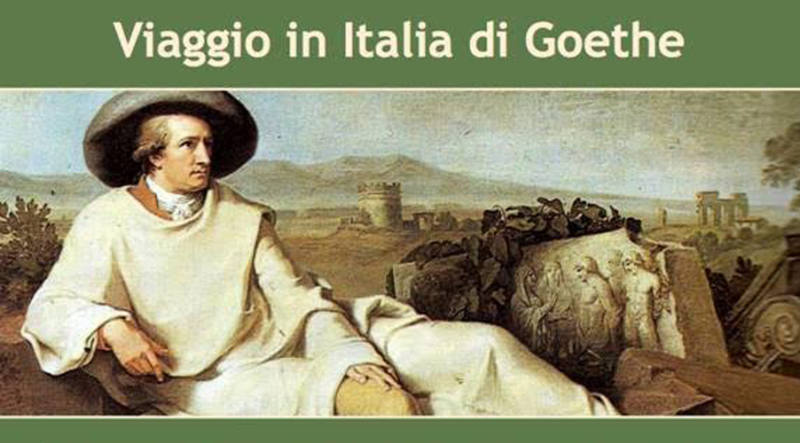 The work "Journey to Italy"  it was written by Johann Wolfgang von Goethe between 1813 and 1817. The work was published in two volumes containing the account of a Grand Tour that the author made in Italy between 3 September 1786 and 18 June 1788.

Here is an excerpt from the trip to Sicily (Source: Wikipedia):

Reaches by sea Palermo where he is struck by the presence of dust and dirt in the streets. So he asked a shopkeeper why the garbage was not collected just like it was in NAPOLI. The shopkeeper, showing an evident sense of sarcasm, showed the brooms with which they protected themselves from the dust and added that those who should have cleaned could not be forced, given the advantages they enjoyed. Furthermore, any cleaning would have shown the conditions of the pavement below, finally adding that that soft layer was appreciated by the nobility who could pass without problems on soft ground. On April 6, it goes up on the Monte Pellegrino to visit the Sanctuary of Santa Rosalia, where he is enchanted by the statue of the saint placed behind a thick gate.

April 9 goes to Bagheria at the villa Palagonia remaining amazed by the bizarre of the monstrous figures and the strange taste of the owner. This visit will then influence some passages of the Faust, like it Walpurgis night in which he describes a series of monsters. A few days later he will see the prince of Palagonia pass by, collecting money for charitable purposes, finding the inconsistency between the money spent on the villa and what he asked of others. The 10 goes to Monreale but curiously instead of visiting the cathedral of Monreale visit the convent of S. Martino. Goethe will also have an important meeting with the sister of Cagliostro a figure he will be interested in for various life events.

Then visit the Segesta Temple and then passes by Castelvetrano and Sciacca reaching up to Agrigento. Here he dwells in valley of the temples where he observes the state of ruin of the various temples and is enchanted by the fertility of the wheat fields. For this reason he wishes to see the fields that gave the title to Sicily in Roman times of granary of Italy, he is thus suggested to pass through the hinterland by jumping SIRACUSA (of which he says very little remains compared to his great past). So he heads towards Caltanissetta where they find accommodation without chairs and tables with the need to borrow the kitchen from a villager.

To Castrogiovanni (Enna) spends a bad night that will make him swear not to travel further itineraries far from the most beaten ones:

Come to Catania he makes contact with Prince Biscari to be able to visit him at his palazzo where he could admire the present collection. he also meets the knight Gioeni from whom he gets some suggestions to get on theEtna, which he will do partially on the back of a mule, not being able to reach the summit due to the weather conditions. Will also visit Aci Castello to see i stacks.

A Taormina he visits the ancient theater admiring the beautiful panorama and defines the location as "the greatest masterpiece of art and nature". It then continues for Messina, where he stays for 3 days and finds the city ​​destroyed by the recent earthquake of 1783. There he will meet the governor. Then taking advantage of a departing ship he embarks to return to NAPOLI, but risks shipwreck in the vicinity of Capri due to a calm that leads the ship near the rocks. However, after a few days he manages to reach Naples without major problems.