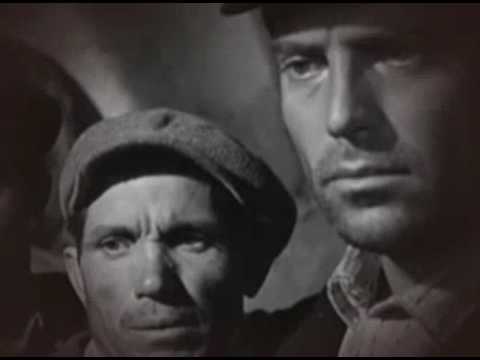 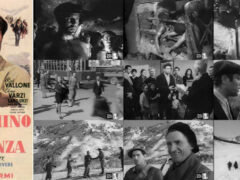 The places of the film story: The path of hope (1950): Solfara Ciavolotta

The Places of the film story "The journey of hope" are included in the "Regional Map of Places of Identity and Memory" (LIM) established by the Region of Sicily with DA n. 8410 of 03/12/2009

The reference sector is that relating to "places of the literary, television and film narrative ”. - Places of the post-war years in Sicily in the cinematographic transpositions of the literary text - The path of hope, 1950, (from "Heart in the abysses" by Nino De Maria) directed by Pietro Germi

The path of hope is a 1950 film directed by Pietro Germi, based on the novel Heart in the abyss by Nino Di Maria.

It was presented in competition at the 1951 Cannes Film Festival and won the Silver Bear at the Berlin Film Festival.

Due to the closure of the Ciavolotta solfara near Favara, a group of miners, led by Saro Cammarata, a young widower worker with three small children, try to occupy the mine. Given the futility of the struggle, they rise to the surface and rely on a character, a certain Ciccio Ingaggiatore, who offers to take them to France where, according to him, there is well-paid work for everyone. But by the laws of the time these movements are prohibited and therefore the group will have to move in illegality. Since their guide charges 20 lire per person for the journey, many are forced to sell their furniture or accessories. On the morning of departure, two young people, Luca and Rosa, get married just before getting on the bus that will take them to the train. Among the starters there is also Barbara Spadaro, a young woman rejected by the whole country and by her own family because she has a relationship with Vanni, an outlaw, who later joins the group. After crossing the Strait of Messina, the emigrants arrive in Naples, where Ciccio turns out to be a scammer and tries to abandon them. Discovered by Barbara and Vanni, the man confesses that with the surveillance present at the border, it is impossible for such a large group to pass. Vanni then decides that he will not say anything to the others, but in exchange Ciccio will have to take him and Barbara to France, after leaving the others in the capital. At first Ciccio seems to accept, but when they arrive in Rome he reports Vanni to the police, a shooting ensues between the criminal and the guards, and in the confusion both Ciccio and Vanni flee. All the others are arrested by the police and receive the obligatory travel document which orders them to return to Sicily. Vanni, however, manages to meet Barbara and makes an agreement with her to meet again on the border.

But the emigrants decide not to obey the order to return: they tear up the street papers and continue the journey as illegal immigrants, using the passage of a truck driver. Thus they arrive in Emilia, where they meet a farmer, who offers them temporary paid work in the fields, more food and hospitality. They ignore that in reality they were only hired because there is a strike by agricultural workers. During a demonstration of the latter, who accuse them of being scabs, accidents break out and the police ask the farmer to remove them. One of Saro's daughters was injured during the clashes. Barbara, who had already left to join Vanni, goes back to assist the little girl, also moved by a growing understanding with Saro, who has always defended her against the ostracism of the other villagers. A doctor is needed, but he is in the country guarded by the strikers. With courage Barbara goes there despite the climate of strong tension and, appealing to a sense of humanity, manages to convince the leader of the strikers to lead the doctor to the child's bed.

At this point the emigrants split up: some, now demoralized, decide to return to Sicily, while the others continue, finding themselves in Noasca on the Italian-French border, where in the meantime Vanni has also arrived. They decide, with two other illegal immigrants, to try to enter France by crossing a pass made difficult by the snow on foot. As the group starts, Vanni, jealous of Saro as he has sensed the sympathy that Barbara now feels for him, challenges him to a duel. In the rustic clash with knives, Vanni is killed.

During the crossing, the group is hit by a snowstorm, during which one of them, the accountant Carmelo, gets lost and freezes to death. The others manage to escape and finally arrive at the French border. When they now seem safe, they are intercepted by two patrols of customs officers, one French and the other Italian, who move on skis, to which it is immediately evident that they are illegal immigrants. But the agents, moved by the conditions of poverty and suffering of the emigrants, are moved by the smile of one of the children and let them go on without arresting them.