ispica
LIM: Register of Places of Identity and Memory Places of the Tale
The places of the film story: Italian divorce (1961) - Ispica 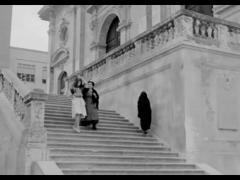 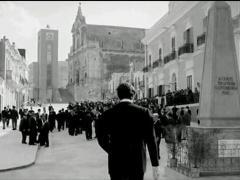 The places of the film story: Italian divorce (1961) - Ispica

The site is part of the Places of the film story: Italian divorce (1961) they are included in the "Regional Map of Places of Identity and Memory" (LIM) established by the Sicily Region with DA n. 8410 of 03/12/2009

The reference sector is that relating to the “Places of the postwar years of Sicily in the cinematographic story  - “Divorzio all'italiana”, 1961, directed by Pietro Germi

Italian divorce is a 1961 film directed by Pietro Germi.

Presented in competition at the 1962 Cannes Film Festival, it won the award for best comedy, and also garnered three Oscar nominations by winning the statuette for best original screenplay.

Baron Ferdinando Cefalù, known as Fefè, lives in the Sicilian city of Agramonte. The man has been married for twelve years to the nagging Rosalia, a woman ardent in love for him, but for whom he has lost all attraction. Meanwhile, he is in love with his cousin, XNUMX-year-old Angela. The Italian law does not allow divorce, but the honor killing is still foreseen, a case of murder punished with a milder and very frequent penalty in Sicily.

Fefè then desperately tries to find a lover for his wife, to be able to surprise them together, kill them, take advantage of the benefit of the motive of honor and - after the slight penalty - finally marry the beloved. He fails to do so, but fate comes to meet him. Following a quarrel with her husband, Rosalia, feeling abandoned, seeks comfort in Carmelo Patanè, an old lover believed to have died in the war and then returned. Fefè, having learned of the old relationship, favors encounters and spies on potential adulterers, until one day he discovers that they have finally made an appointment, on the occasion of the film's arrival in town. Dolce vita, which attracts the whole country. The baron goes to the cinema, but in the middle of the projection he comes home in order to surprise the lovers. However, instead of consuming the betrayal, they fled.

Having lost the flagrancy, which could have justified the state of anger required by the law on honor killing, Fefè pretends to be ill and unable to react. In this way he attracts the contempt of all his fellow citizens, intentionally, to create conditions of dishonor sufficient to justify his gesture in any case. Meanwhile, Uncle Calogero, Angela's father, dies of a heart attack accidentally discovering his daughter's affair with his nephew. At the funeral, Immaculate, wife of Patanè, makes her appearance and publicly humiliates Ferdinand by spitting in his face.

Thanks to Don Ciccio Matara, local boss, the baron learns of the place where the fugitives are hidden. Arriving on the spot, he finds Immacolata who has already avenged her honor by killing her husband. So he just has to do the same with Rosalia. Sentenced to three years in prison, he serves a shorter sentence with an amnesty and finally returns to the village, where he finally marries the beautiful Angela.

But, after a few months, on their honeymoon, something (or rather someone) is already doubting the happiness of the union: in fact, in the final scene Angela, lying on the deck of a boat, kisses her new husband Fefè, while with her foot she caresses that of the young helmsman. . (Text source: Wikipedia)

Click to see on Google Maps
Church of San Bartolomeo, Ispica, RGCorso Umberto I, Ispica, Sicily
Rate it (1 to 5)
5.001
Send a notice to the publisher
[contact-form-7 id="18385"]
Deactivate the Youzify Membership System to use the theme's login form here.