Garden of the Zisa 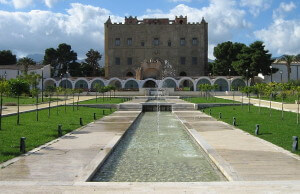 The green space has a rectangular plan and is divided in half by a canal that connects a system of water tanks, which extends for about 130 meters in line with the portal of the building, thus recreating the ancient canal that continues up to the "room della fontana ”, which is located right inside the building, and which was used to keep the rooms cool. On the sides of the garden the quadrants created by the twelve pedestrian paths cultivated with plants typical of the Mediterranean scrub while on one side a long metal structure, which incorporates the geometric motifs typical of Islamic art, covered with climbing plants creates a path in the shade.

Between the garden and the palace there is a curtain of twelve "dammusi" built when the land was used as an agricultural beam and which today have been restored and used as an information point for visitors. 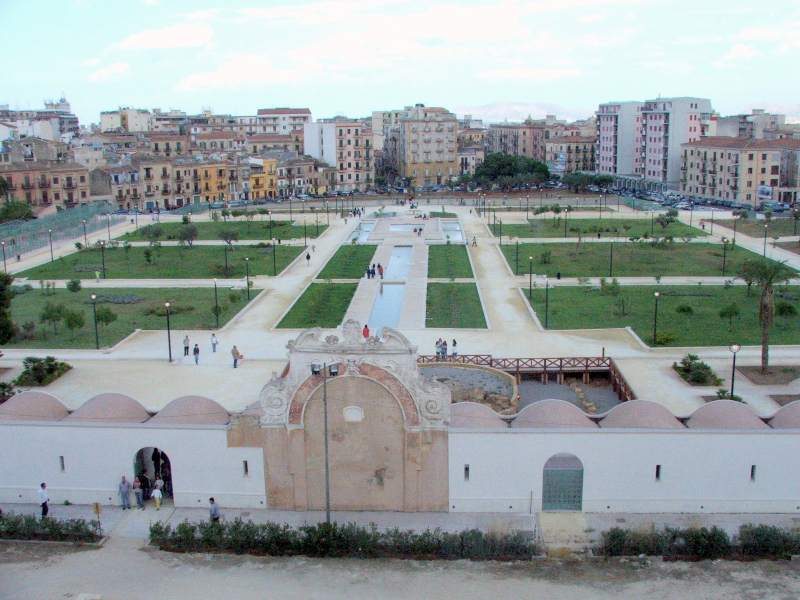