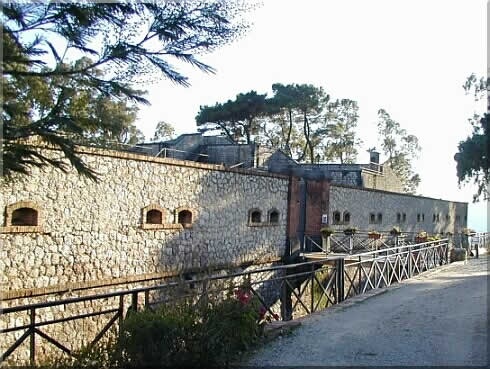 Among the Umbertine structures it is among the lowest and closest to the coast. Structure with moat, has an entrance with a drawbridge on the left

Please note:
The Forts called Umbertini are so called because they were built during the reign of Umberto I of Savoy for the defense of the Strait. It is a system of fortifications that is part of a larger plan for the defense of peninsular Italy. Commissioned by the Minister of War Milon at the end of the 7th century. The Royal Decree of 12/1882/1128 n. XNUMX the initiation of the procedures for the construction of these fortifications. The Umbertini Forts were scarcely used, also because they were not completely suitable for the new forms of attack with the arrival of the planes, still not present as much as the fortifications were conceived and designed. Strong followers fall within the territory of Messica: Mangialupi, Masotto, Monte dei Centri, Campone, Cavalli, Ferraro, Ogliastri, Petrazza, San Jachiddu, Shiaffino, Serra La Croce, Dinnamare, Spuria, Menaja Crispi.

Note : The population of the cards of the Heritage database proceeds in incremental phases: cataloging, georeferencing, insertion of information and images. The cultural property in question has been cataloged and georeferenced. In order to enrich the information content, further contributions are welcome, if you wish you can contribute by providing information and / or images also through the facebook group "Heritage Sicily"