The area is characterized by rocky bottoms of calcareous nature that from the surface up to 10 meters deep slope very slowly favoring in the areas
little exposed the accumulation of organogenic sands. Below 10 meters the seabed is mainly sandy. The benthic marine vegetation is therefore
mainly characterized by Posidonia oceanica which forms extensive grasslands even on shallow hard substrates covered by sediments (Di martino &
Blundo, 1999) On typically rocky and moderately exposed bottoms, where the accumulation of detrital material is not favored, the vegetation is characterized
from photophilic populations to Cystoseira sp.pl. in the infralittoral fringe and in the first meters of the infralittoral while deeper the facies of Dictyotaceae predominate
and Sphacelariaceae (Blundo et al., 1999). It is also worth noting the presence of alien species such as Caulerpa racemosa and Womersleyella setacea which in the last
years have also spread widely in this area, however, without altering the environmental equilibrium.
4.2 Quality and importance
The presence of extensive Posidonia oceanica meadows makes this area particularly interesting and worthy of environmental protection. 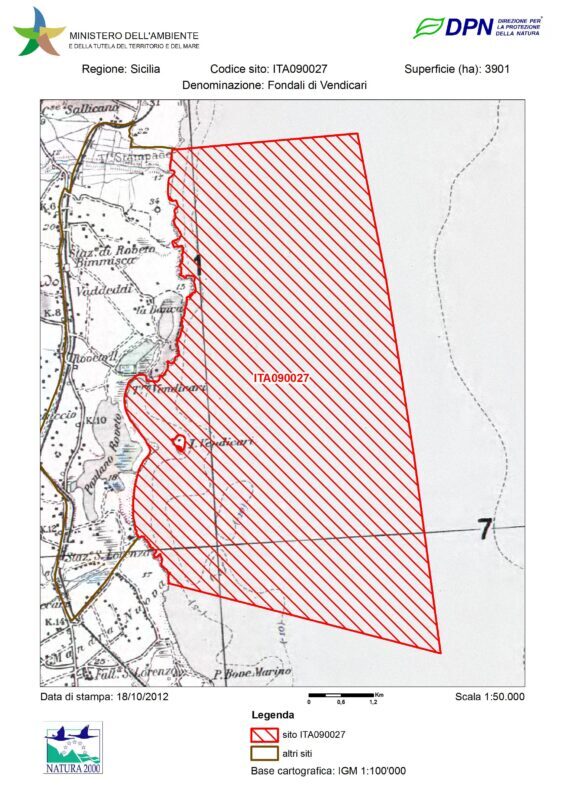