The island of Capo Passero, located a few hundred meters from the coast in the extreme south-eastern part of Sicily, together with the nearby Isola delle Correnti represents a watershed between two seas: the Ionian and the Strait of Sicily. This particular location makes this site of great biological and naturalistic interest. The course of the bathymetric lines faithfully and uniformly follows the coastline. The coasts of the island of Capo Passero, mainly made up of limestone rocks, are very rich in small and large cracks in the rock which in some points have given rise to underwater caves, even of moderate size. This variety of morphologies of the coastline has favored the considerable diversification of the habitats available for animal and plant organisms. The vegetation of the rocky bottom is dominated by the populations of Cystoseira, in particular that of Cystoseira amentacea v. stricta and to Cystoseira brachycarpa. On the mobile substrata consisting of sand mixed with mud we find Cymodocea nodosa, which in recent years has been partially replaced by the allochthonous species Caulerpa racemosa. The large sandy expanses that characterize the seabed of the eastern side of the island are colonized by Posidonia oceanica which forms vast meadows still in good health.

The sea, or rather the seabed, of the island of Capo Passero constitute an environment that is still largely intact and that preserves a great wealth of underwater life forms that are almost completely non-existent elsewhere. 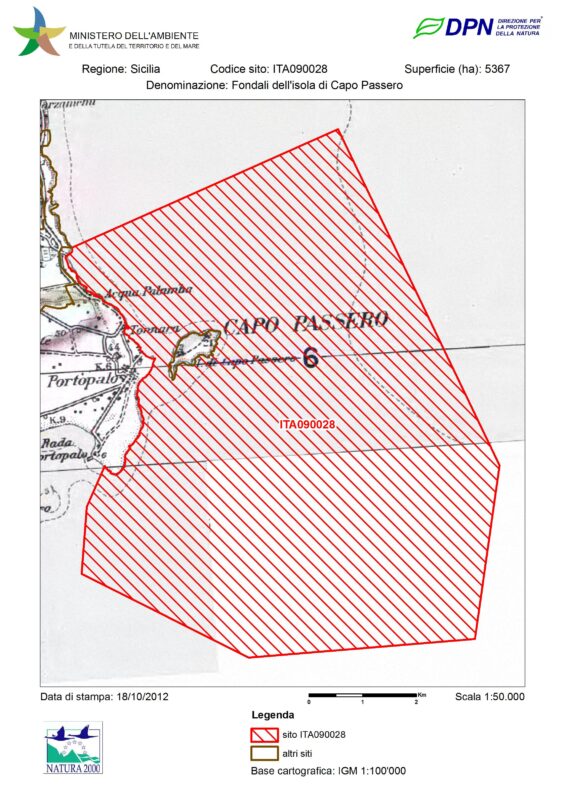 Click to see on Google Maps
9 Via Gaetano Greco, Portopalo di Capo Passero, SR
Rate it (1 to 5)
3.001
Send a notice to the publisher
[contact-form-7 id="18385"]
Deactivate the Youzify Membership System to use the theme's login form here.