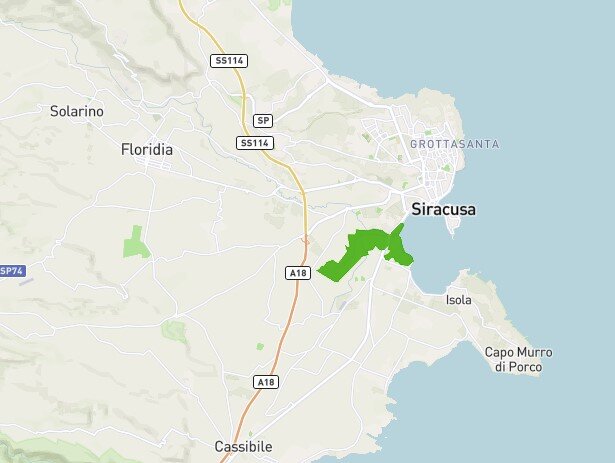 La River Ciane and Saline di Siracusa nature reserve is a protected natural area established by the Region of Sicily which includes the course of the Ciane river and the wetland of the Saline on the outskirts of the city of Syracuse. The reserve is managed by the province of the same name.

The reserve was established by decree of the Environmental Territory of the Sicilian Region in 1984, and is aimed at safeguarding the papyrus along the river Ciane and preserving the environment of the "Saline".

Located close to the city, they include a marshy, flat environment, sometimes at a slightly lower level than that of the sea, ideal for the extraction of salt. The salt pans constituted an economic resource of great interest in the seventeenth century; they remained in business until the XNUMXs and were later abandoned due to the crisis in the sector.

Currently, migratory birds come here twice a year for refreshment and rest. However, a better management of the site has been advocated for years, as well as extraordinary maintenance of the banks of the Ciane, as well as the recovery of the salt pans. There are several projects in the pipeline that have not yet seen completion.

The reserve is characterized by a flourishing riparian vegetation with species such as papyrus (Cyperus papyrus), the common reed (Phragmites australis) and the water iris (Iris pseudocorus).

Click to see on Google Maps
95 Via Elorina, Syracuse, SR
Rate it (1 to 5)
2.502
Send a notice to the publisher
Deactivate the Youzify Membership System to use the theme's login form here.