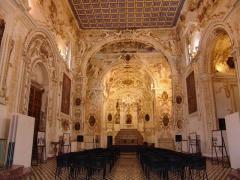 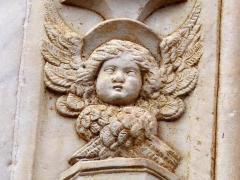 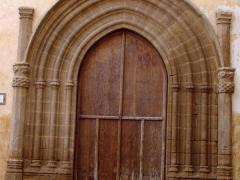 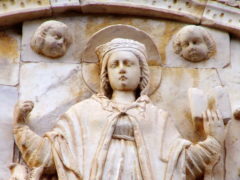 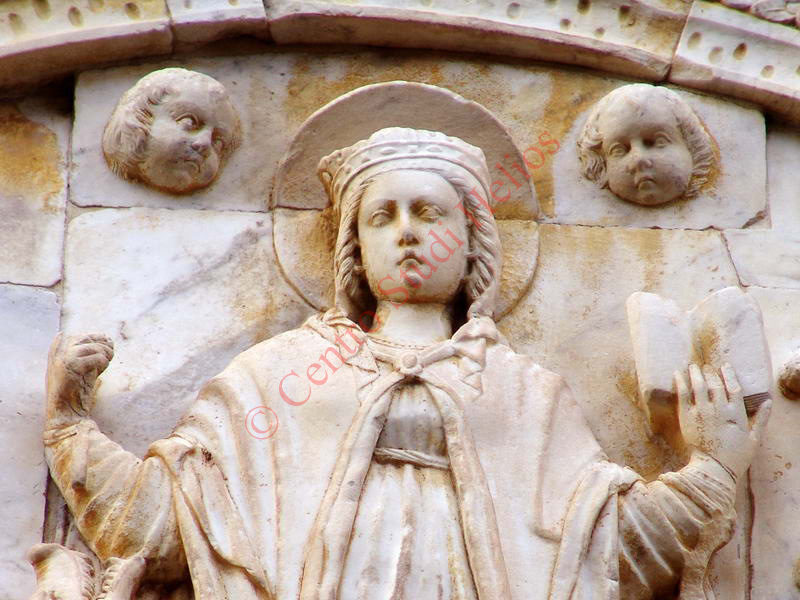 LOCATION:
Corner Piazza Carmine - Via Incisa
DATING:
XNUMXth century Renovated in the sixteenth century.
DESCRIPTION:
Built in 1342 at the behest of Eleonora D'Aragona wife of Guglielmo Peralta, count of Caltabellotta, lord of Sciacca and vicar of the Kingdom of Sicily during the regency of Queen Maria. The church was enlarged in the 1468th century. The church has two portals, the main one on the Piazza del Carmine is in Catalan Gothic style and consists of two octagonal pillars and a triple ferrule with bastions with a floron at the top. The secondary is on Via Incisa and is in white marble, executed in XNUMX to a design by Francesco Laurana and made by Pietro di Bonitate. The interior is rich in stuccoes with XNUMXth century decorations by Orazio Ferraro. Also by Ferraro are the painting depicting the Madonna dell 'Itria and the paintings depicting the Crucifixion and the Madonna del Soccorso. The building is currently used as an exhibition space.