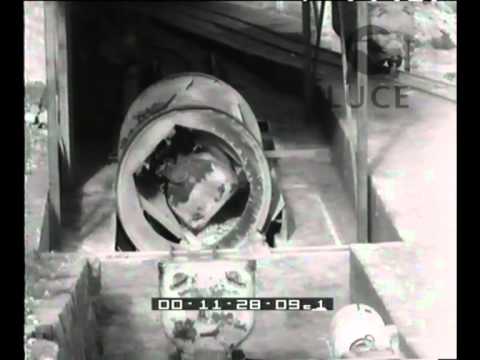 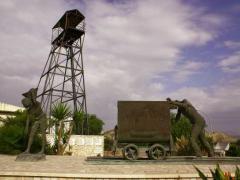 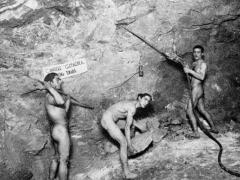 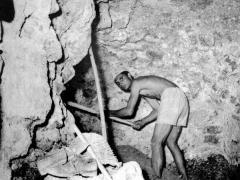 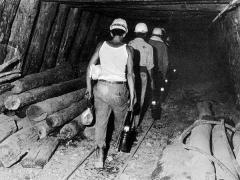 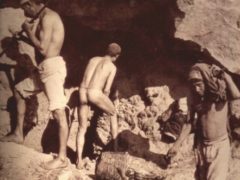 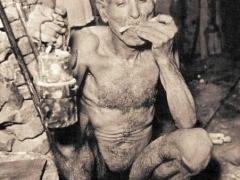 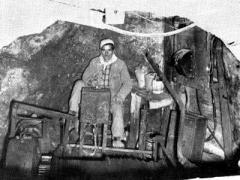 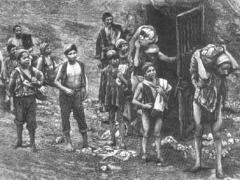 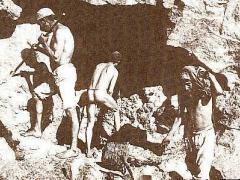 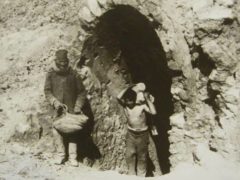 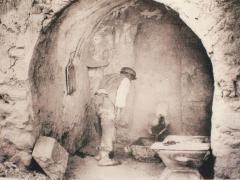 Holders of the Knowledge of Mining Civilization

Property included in the Register of Intangible Heritage of Sicily (REIS) Forced to work naked because of the sweltering heat and because the clothes clung to the skin.

The poet Alessio di Giovanni dedicated these verses to the 'carusi', the children who transported the sulfur out of the mine and began to work at the age of seven or eight: '

N. Prog. 10
Well: Holders of the Knowledge of Mining Civilization
Book: REI - Book of living human treasures
Approval date: 25-01-2006
Category: Knowledge
Province: Caltanissetta
Location: central southern Sicily
Local denomination:The surfers
Chronological News
The mines of the province of Caltanissetta and in general of central southern Sicily are historically a very important resource for the island. The Nyssian basin distinguished itself, from the 800th century to the mid-900th century, for the extraction of salt and sulfur. It is precisely the extraction of this latter mineral that made Caltanissetta one of the world's largest producers of sulfur.
Technical Information
Throughout Sicily, mine workers have common traits, all holders of knowledge that have made the history of the island's mining production and all sharing the same absolutely difficult and precarious living and working conditions.
Sicilian scholars and writers have dealt with these conditions of life and have made their works manifest as a denunciation of those conditions so at the limit of respect for human life.
Angelo Petix, originally from Montedoro, in the province of Caltanissetta, praised the sulfur miners of his land in his works. He denounced, in "The occupied mine", that the sulfur miners were common men, who suffered and thought, but who were treated as beasts of burden and slaves. He was treated as a beast of burden lu carusu, a boy who, to help support his family, began working in the mines at an early age. These could carry enormous weights and for very long journeys between the suffocating heat of the mines and the freezing cold of the external areas. They were also constant victims of injuries, caused not only by work but also by the pickaxes they were entrusted to.
Calogero Bonavia from Nyssa in "The servants of man" defined them as servants who walked in the night, who did not buy bread but dug it underground.
The pickaxes are, par excellence, the workers of the mines, who had the main task of extracting the rock material. They worked in extreme conditions: naked, with their feet in the water, in extremely high temperatures and in suffocating environments, prone to numerous diseases.
Finally, the Nyssian playwright and journalist Pier Maria Rosso di San Secondo in his play "Sleeping Beauty" describes, as in a realist painting, the portrait of the sulfur-bearer with a tight mouth and stinging eye, of which, he continues, is not seen not even a hair of beard. In the work, the mine worker is captured and described during his free time. His description almost wants to deny the violence and sadness of his working condition inside those narrow labyrinths.
Outside the mines there are few moments of leisure for the miners. Despite the denial by the workers themselves, singing can be counted as one of the leisure practices that they adopted to detach themselves from their living conditions.
The following fragment describes precisely the denial of that inhumane work:
“Ch'avianu a cantari ddà intra? Ca si scinnia cu lu cori tantu! " “A la pirrera nun was sung. Yes it was! "
An example of the working song of the sulfur miners is reported by Alberto Favara in the "Corpus of Sicilian folk music" This song can be attributed to the areas of Villarosa and Caltanissetta and a peculiarity is highlighted in it compared to the other professional songs: at the end of the song the annotation is shown "At the end of each sentence everyone strengthens with a guttural sound by detaching the mineral".
The song in question consists of four lines:
Ca sutta 'nta stu' nfernu puvireddi
nui semu cunnanati 'to tyranny
to hand of them wolves on the agneddi
ciancitini cianciti, my mom
Compare cards:
SHEET N.12 "Holders of the Knowledge of Mining Civilization"
Catalog Sheet
Bibliography
Addamus, Sebastian. 1989. Sulfur of Sicily. Palermo: Sellerio publisher.
Baron, Giuseppe. 2002. The routes of the South. History and scenarios. Rome: Donzelli Editore.
Mack Smith, Denis. 1976. History of medieval and modern Sicily., Bari: Laterza Publishers.
Squarzina, Federico. 1963. Production and trade of sulfur in Sicily in the XNUMXth century. Turin: ILTE.
Author Profile: Francesca Maria Riccobene