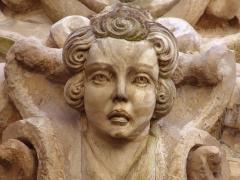 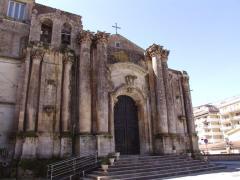 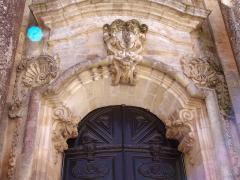 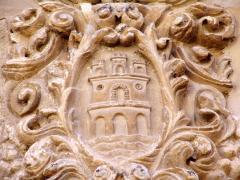 Church of Our Lady of Grace - Modica

The construction of the Sanctuary was decided following the discovery on site, on May 4, 1615, of a slate tablet depicting the Madonna with the Child in her arms; the tablet burned incessantly for three days, inside a bush of brambles, without being consumed, so a miracle was shouted, and the people wanted a church to be built there. The works, entrusted to the Syracusan architect Vincenzo Mirabella, began immediately, suffering a momentary interruption due to the death of Mirabella in 1624. A mausoleum inside contains the mortal remains. The side portal dates back to the early seventeenth century, with its very fine late Renaissance style decorations under the broken tympanum, and probably the bell tower to the left of the colonnade on the main façade, however redone, the latter, after the earthquake of 1693, in late Baroque style, with sturdy protruding binary columns, reminiscent of those of the Cathedral of San Giorgio. The Madonna delle Grazie was proclaimed Principal Patroness of Modica with the Episcopal Decree of August 3, 1627, as requested by the Civic Assise resulting in the Copy Consilii Civitatis Moticae of 1626, found in the General Archives of the Carmelite Order in Rome. A painting on the vault of the apse, in which Mary stands out against the background of the city, reads: Ecce Mothuca Mater Tua.

Click to see on Google Maps
531 Strada Mercè, Modica, RG
Rate it (1 to 5)
0.000
Send a notice to the publisher
Deactivate the Youzify Membership System to use the theme's login form here.