Church and Convent of the Carmine 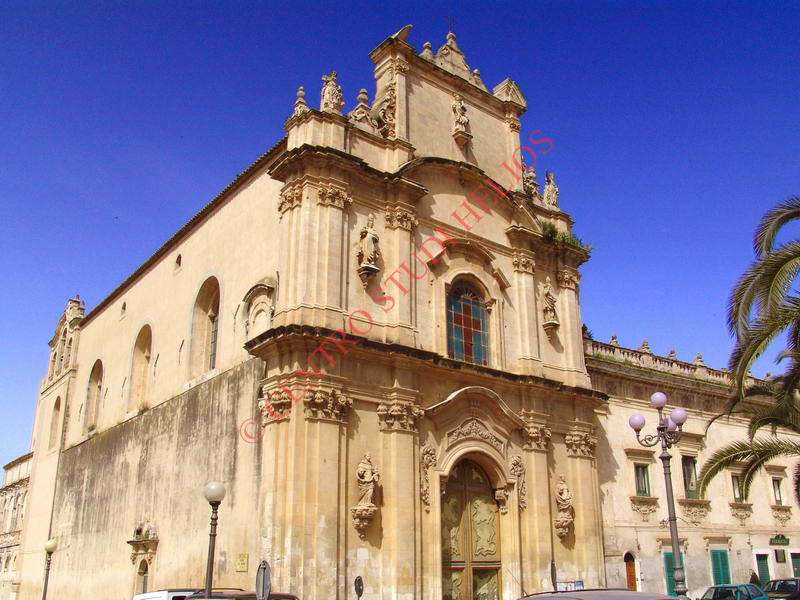 The architectural complex is located in Piazza Busacca. Built in the 1760th century. The Church and the eastern wing of the convent were rebuilt in the late Baroque style in the second half of the eighteenth century. The facade of the church has three orders and is divided into three sections by bands of pilasters. The portal, decorated with floral motifs, is surmounted by a large window in the second order. The third order, which develops only in the central part, is concluded by one of the seven statues that adorn the facade. The interior has a single nave. On the main altar there is the statue of the Madonna del Carmine, holding baby Jesus on the left arm, made by Francesco Castro (XNUMX). The interior is embellished with stucco work by Gianforma, a pupil of Giacomo Serpotta, while those in the apse were made by Salvatore Alì. The façade of the convent is articulated on a double order: in the first there are the shop rooms and the portico, which leads to the courtyard; in the second appear a series of windows and a central balcony enriched by a wrought iron railing. Under some windows the Cross of the Knights of Malta is carved (the Carmelites belonged to the religious province of Jerusalem).

Click to see on Google Maps
4 Piazza Busacca, Scicli, RG
Rate it (1 to 5)
0.000
Send a notice to the publisher
[contact-form-7 id="18385"]
Deactivate the Youzify Membership System to use the theme's login form here.